Pay upon Check-in
"Kabankalan City is primarily known as the home of the Kabankalan Sinulog Festival, but it also boasts two waterfalls and a natural cave. The Mag-aso Falls is a turquoise-colored watery cascade with a man-made pool within the resort. On the other hand, the Agustina Falls is supposedly a mystical and enchanted pool named after a lady who was spell-bound by a blackbird. You can also head to Magballo Cave, located in the eastern part of Barangay Magballo, which is accessible via boat."

Other Accommodations in Kabankalan City

Other star hotels in Kabankalan City

Other hotels in Kabankalan City

What are the most popular landmarks in Kabankalan City?

How many hotels are listed in Kabankalan City?

Currently, there are around 3 hotels that you can book in Kabankalan City

Other star hotels in Kabankalan City

Other hotels in Kabankalan City 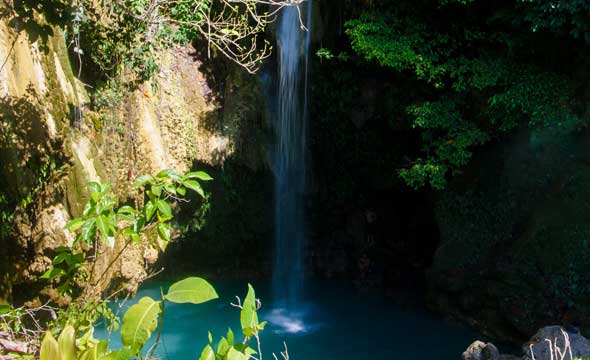 While not as popular as Bacolod or Dumaguete, Kabankalan City makes up for it with its warm locals and simple way of life.

It might have a laid-back vibe but Kabankalan is the second to Bacolod in terms of population and revenues, making it one of Negros Occidental’s rising stars.

One can say a trip to Kabankalan is a sweet escape; after all, Negros Occidental is the sugar capital of the Philippines.

Air Asia and Philippine Airlines have flights to Bacolod-Silay Domestic Airport. Situated around 118 kilometers away from Kabankalan City, it will take almost three hours to reach the town proper.

If you’re planning to travel by sea, 2Go has trips to Bacolod or Dumaguete. Travel time is approximately eight hours, with one-way tickets starting at P1,565.

You can get to Kabankalan City via public buses from Bacolod or Dumaguete. Travel time is roughly two hours. You could also rent a van if you’re traveling with a big group for extra space and leg room.

Once in Kabankalan City, you can hire a tricycle to take you around. If you’re traveling with a group, there are vans and other types of vehicles for rent.

Nature lovers will love breathing in the fresh air and swimming in the turquoise waters amidst lush trees.

Aso in Hiligaynon translates to smoke – a fitting name since the waterfall does look smoky when it’s shrouded in mist.


Top Things to Do

Kabankalan has its own version of Cebu’s famous Sinulog festival, known locally as Sinulog de Kabankalan. It’s a religious and cultural festival in honor of the Child Jesus. Arrange for you to be there on the third week of January so you can join in on the week-long festivities.

There’s also the Udyakan Festival, the highlight of the city’s Charter Day celebrations in August. It aims to showcase the cultural heritage and traditions of Kabankalan’s barangays through exhibits and dances.

Don’t worry if you won’t be able to make it in January or August; Kabankalan City has attractions you can experience all year round. Explore Udlom Cave, then cool off at Agustina Falls or Mag-aso Falls; the latter is situated alongside Mag-aso Leisure Camp.

Shop for souvenirs at the Showroom and Pasalubong Center Kabankalan, where local apparel, accessories, handicrafts, and delicacies are on display. 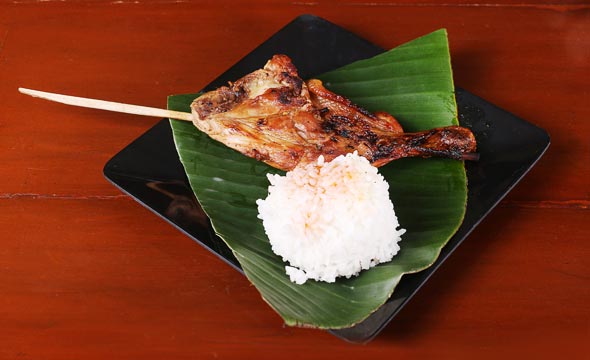 Meanwhile, from a small cake shop in 1984, Reegals is now a popular snack place in in the city. Eat like a local and try kalamay-hati, a dessert made from glutinous rice, muscovado sugar, and coconut milk.

Get a glimpse of how the locals let their hair down during the festivals. The streets are filled with merrymakers having a good time amidst food, drinks, and live music. 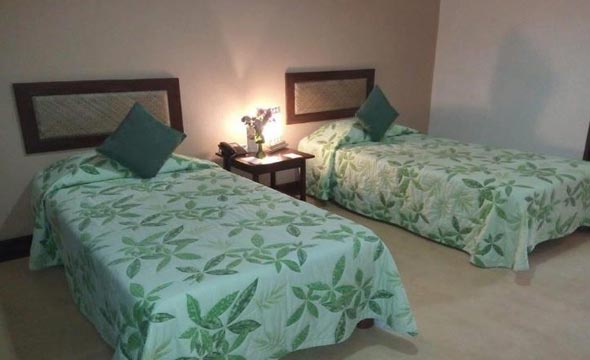 If you want to commune with nature, stay at Mag-aso Leisure Camp (the waterfalls is just outside your doorstep!) or at Balicaocao Highland Resort. Standing on a hill 500 feet above sea level, it offers fantastic views of Southern Negros, Panay Gulf, and Guimaras Island.

Other Popular Hotels in Kabankalan City