Bamboo Airways is a low-cost airline based in Vietnam and a member of the FLC Group. Bamboo Airways has just started its flight operation in January 2019 for domestic routes to major cities and tourist destinations in Vietnam.

Bamboo Airways provides three different classes as needed, there are Bamboo Eco, Bamboo Plus, and Bamboo Business. Besides domestic routes in Vietnam, Bamboo Airways also provides a direct international flight to the USA and Europe with minimum transit flight. With an affordable price, Bamboo Airways offers a 5-star quality experience for your flight, as their motto says “more than just a flight”.

To add more convenience to passengers, there is also Bamboo Airways online booking via Traveloka. With Traveloka, you can easily book Bamboo Airways tickets through your gadget. 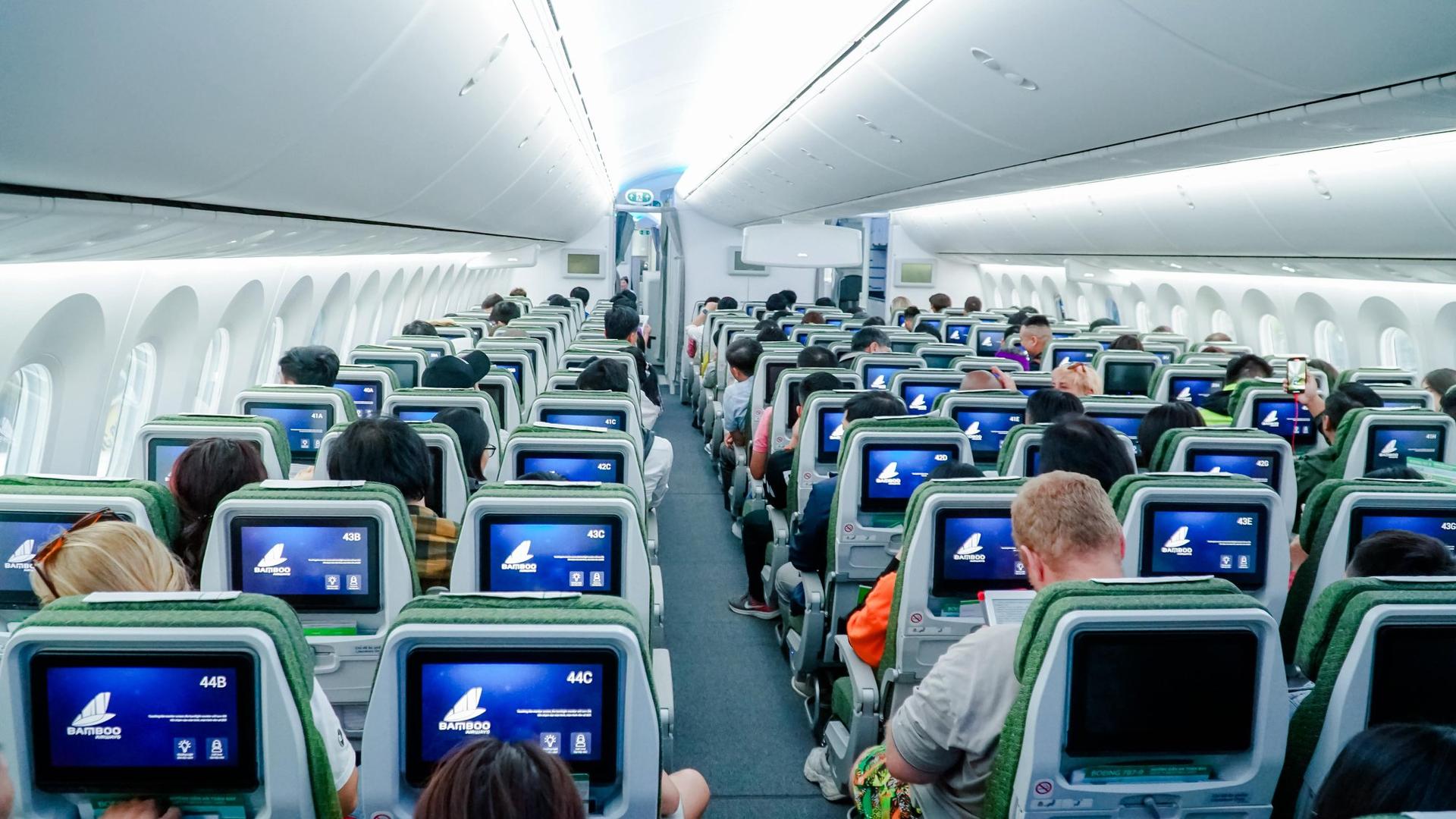 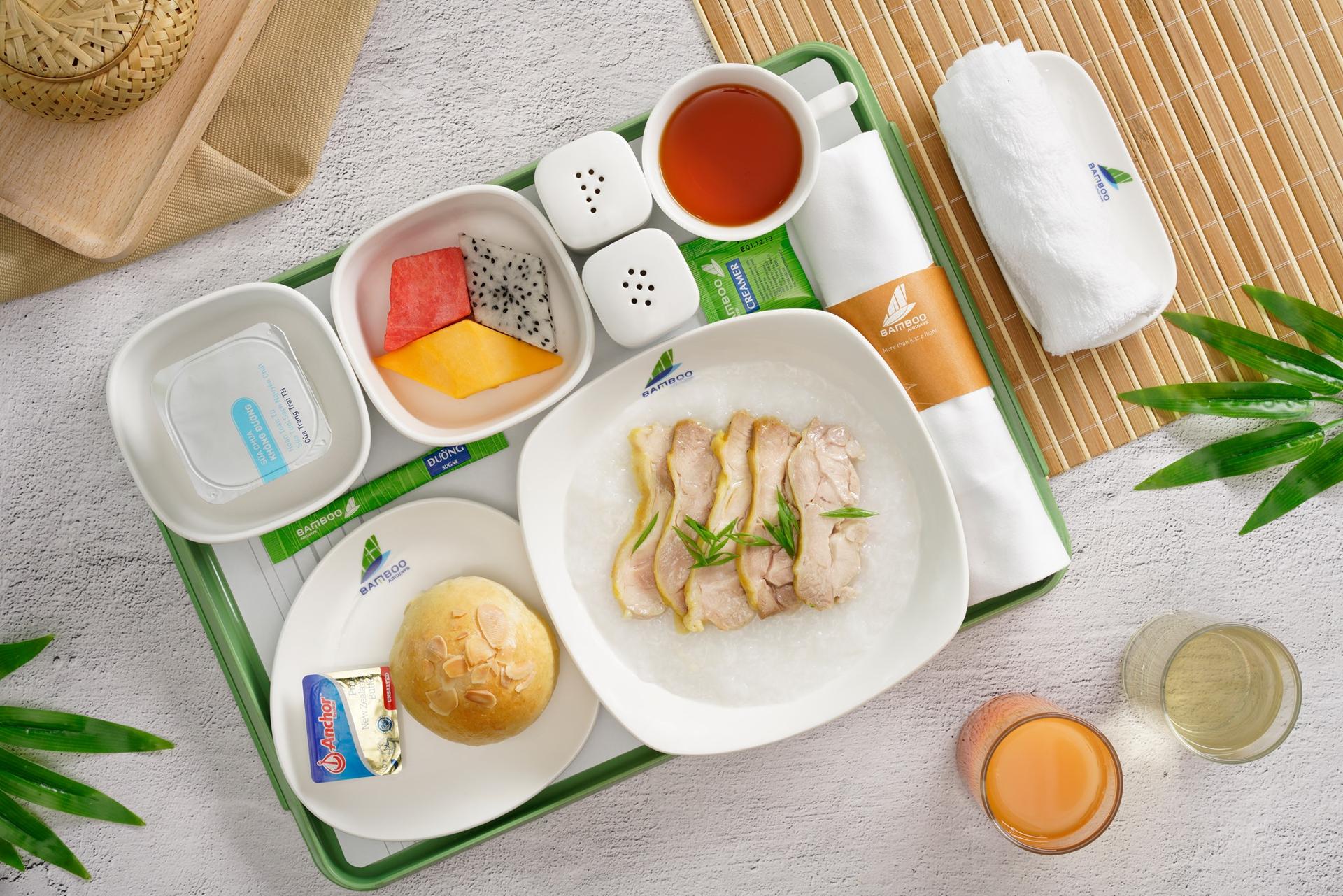 All passengers in Economy Class will be offered the standard airline menu. However, Bamboo Airways also accommodate passengers with special dietary restrictions. Economy Class passengers are offered a light meal, snacks and hot and cold beverages. 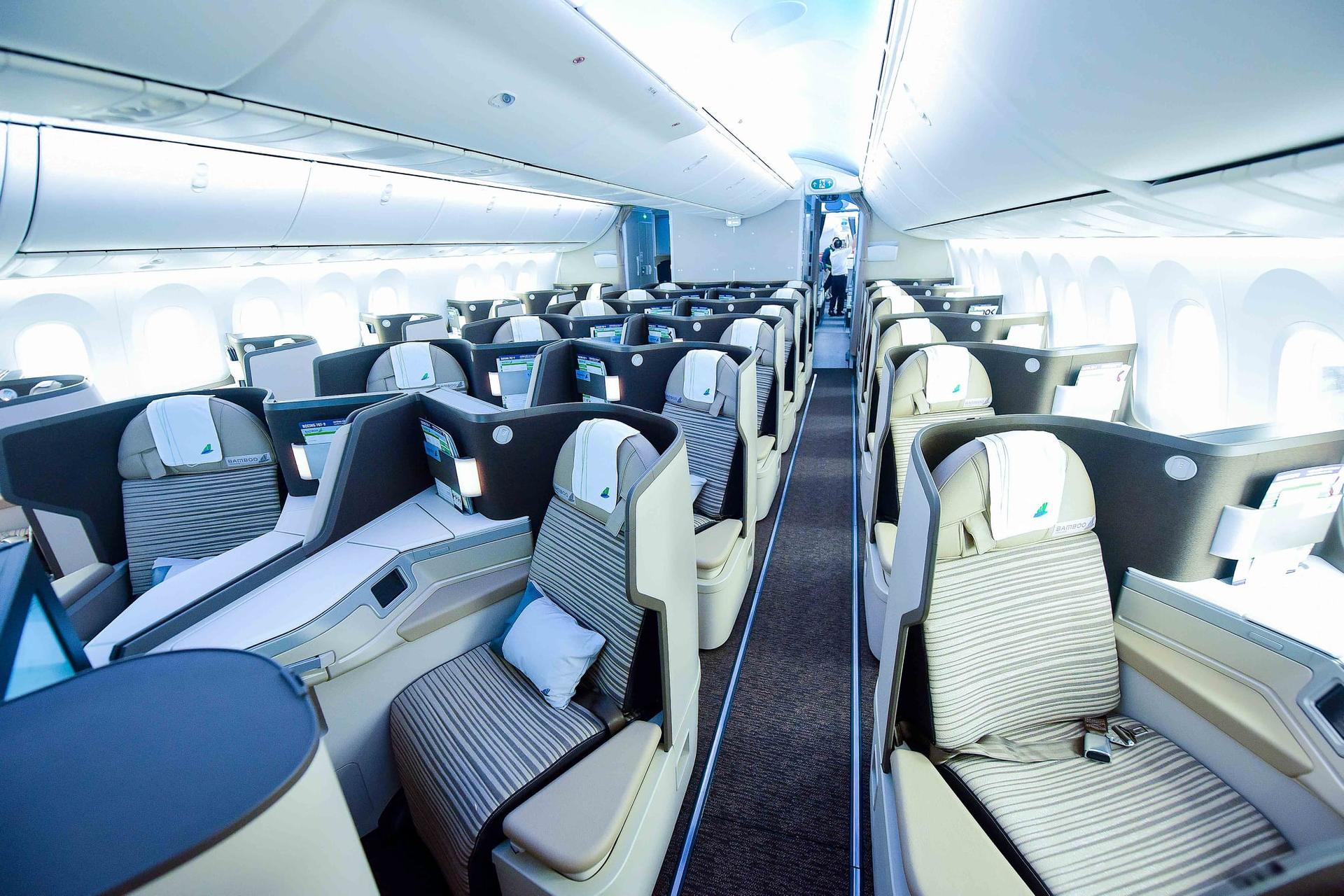 Passengers who want to travel with an enhanced flying experience, yet still enjoy a competitive price, Bamboo Airways also provides a business class service. Passengers can enjoy more comfort with more legroom and a reclining seat. The seat is also equipped with a blanket and a small pillow. In addition, business class passengers can also enjoy lounge service as well as priority check-in before your flight. 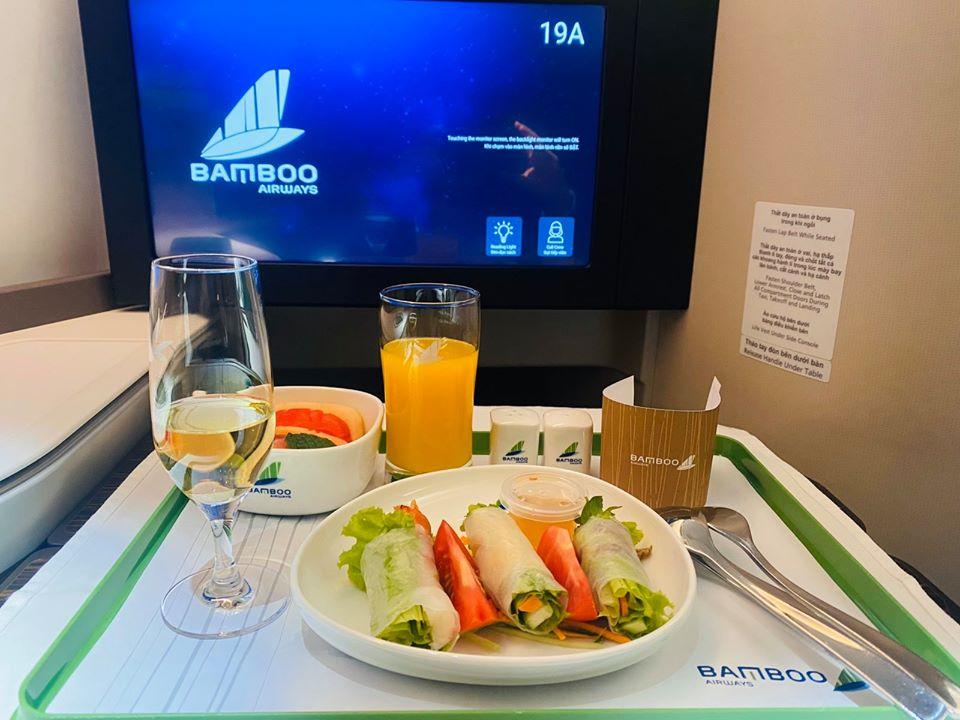 Each Business Class passenger will get free premium meals cooked using only the finest ingredients during the flight.Premium selections come with a deluxe meal, deluxe sides, and drink. Menus vary depending on the flight destination. 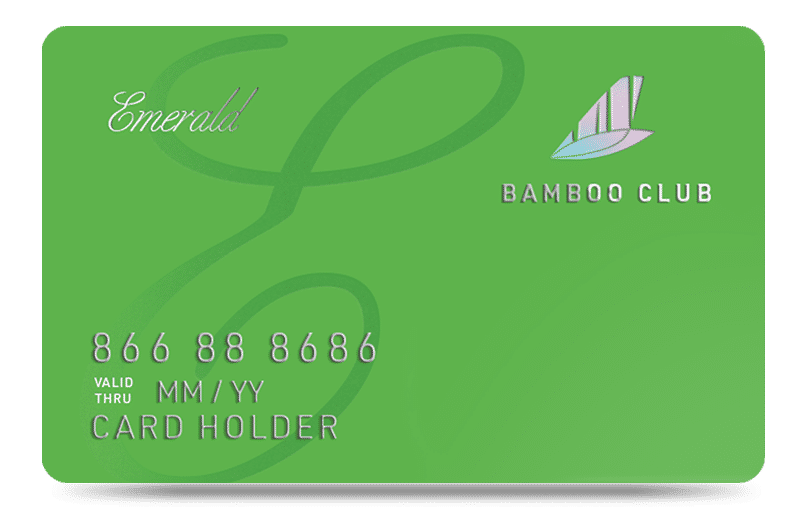 For frequent passengers, the use of Bamboo Airways members is recommended to save more money and get special services. There are four different member levels: Emerald, Gold, Diamond, and First. There are some privileges for the Bamboo Airways member, such as priority services, access to a business class lounge, access to priority line at the boarding gate, and point reward. 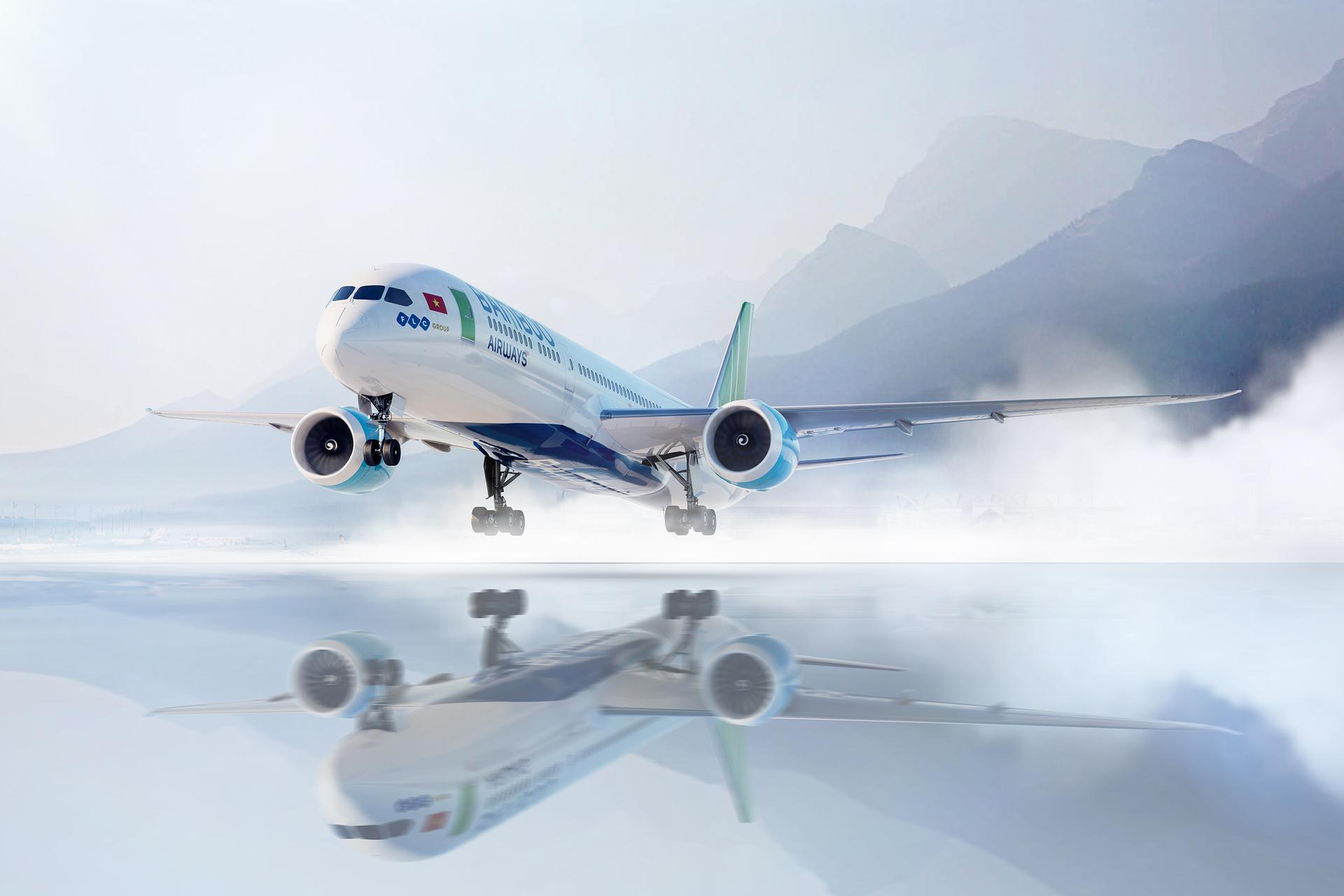 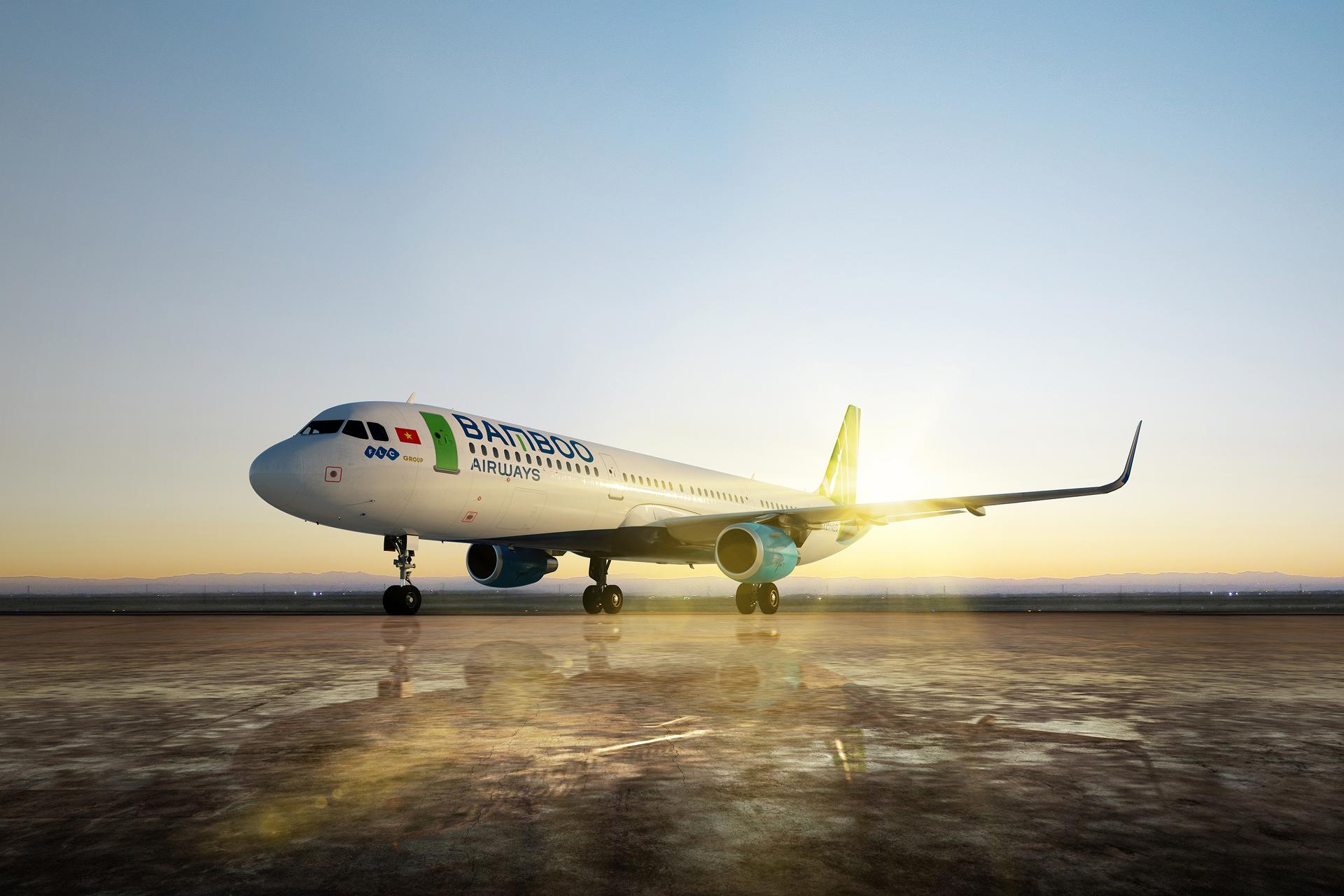 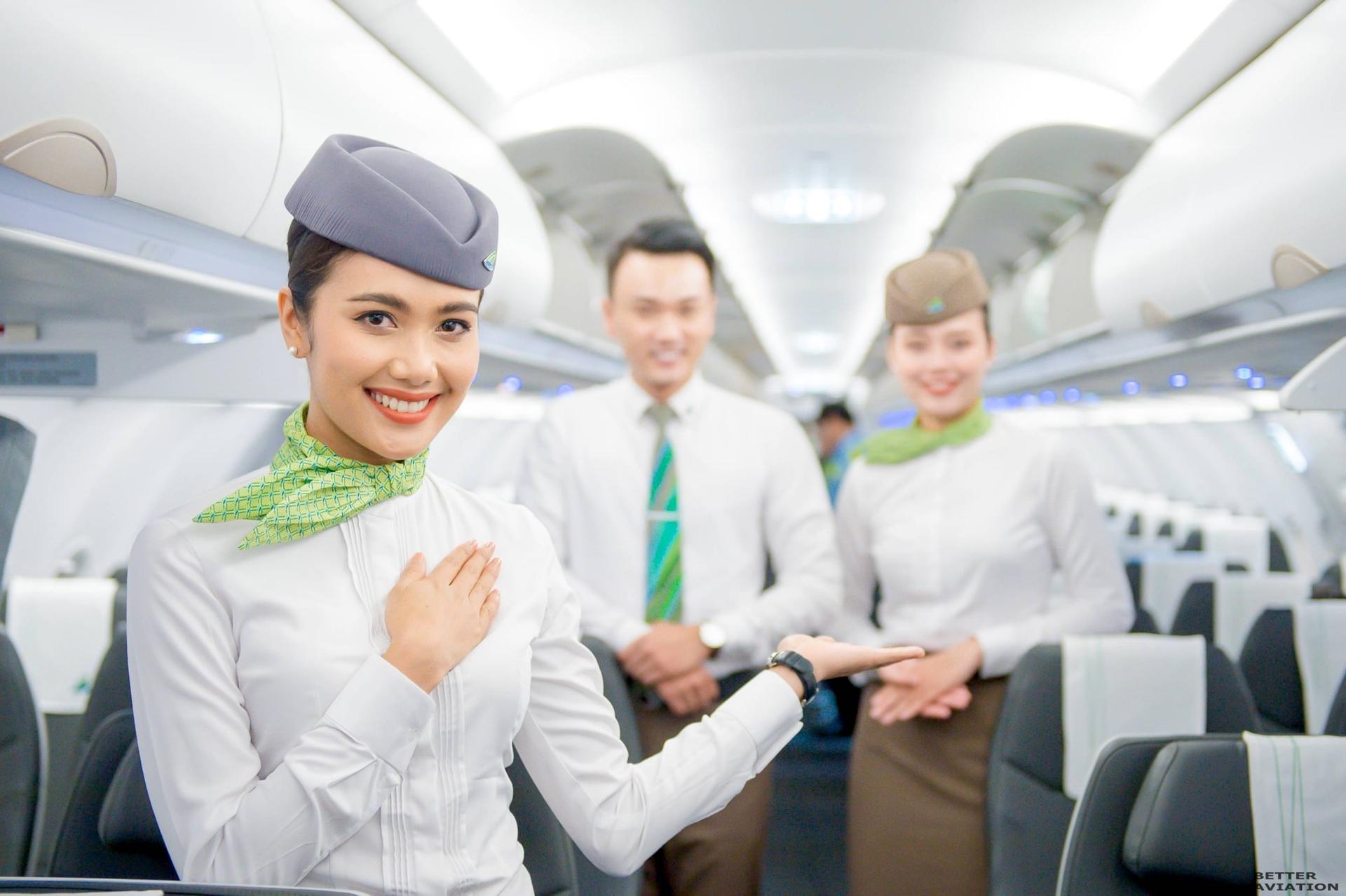 Elderly passengers with Vietnamese nationality and aged from 60 years old that book Bamboo Airways will be given an 85% discount off for the Bamboo Airways ticket.

Pregnant passengers are required to inform the Bamboo Airways staff about their health status during booking. They might be requested to present documents related to their health, such as pregnancy medical records, ultrasound images, or other medical clearance signed by the approved doctor.

For disabled passengers, there are different regulations based on the type of disability. For safety reasons, a passenger who has visual and hearing disability should be accompanied by a passenger aged above 18 years old. Passengers travelling with a wheelchair have to request a wheelchair for cabin (WCHC).

Please find the check-in time for all Bamboo Airways flights on the table below. Check-in time may vary if your flight is operated by a partner airline. Please check your e-ticket to ensure.

In general, refunds are permitted for personal reasons (self-cancellation, sickness, pregnancy, or death of a passenger), cancellation/rescheduling by the airline, force majeure, or double booking. However, different airlines have different policies regarding acceptable refund reasons. Please visit Bamboo Airways Refund Policy for a complete information on refund.

Bamboo Airways (IATA code: QH) was established in 2017 under the flag of FLC Group and submitted the request to the Vietnamese authority in the same year. In March 2018, the company signed an agreement with France’s Airbus Group and bought 24 units of A321 NEO, witnessed by General Secretary Nguyen Phu Trong and French Parliamentary President Francois De Rugy. The agreement is worth 3.1 billion US dollars. As a further step, the FLC Group signed an agreement in Washington, DC to buy 20 units of 787-9 Dreamliner aircraft. The agreement which was worth 5.6 billion US dollars is witnessed by Deputy Prime Minister Vuong Dinh Hue. In the agreement, it is stated that Boeing will supply aircraft for Bamboo Airways starting from April 2020 to 2021. With a high investment value, Bamboo Airways promises a high brand development. Besides completing its fleet, Bamboo Airways also fulfill its legal procedures completely. On July 9, 2019, Deputy Prime Minister, Trinh Dinh Dung has issued the official permission for Bamboo Airways to be established as a company. Followed by a license for air transport business officially granted by the Ministry of Transport of Vietnam on November 12, 2018. The Aircraft Operation Certificate (AOC) was released by the Vietnam Aviation Administration on January 8, 2019. After fulfilling all the procedures and preparations, Bamboo Airways finally started its flight operation in January 2020. The first flight was a leased Airbus A320, flying from Ho Chi Minh City to Hanoi. Today, Bamboo Airways provides domestic routes to the main city and tourism destination in Vietnam. For the international route, the airline just expanded their wings to Korea and Taipei. Bamboo Airways is expected to make a breakthrough in 2021 promising an affordable price with a direct flight to the USA and Europe with minimum transit flights. The ticket reservations are way easier with Traveloka.

Here’s how you can book your Bamboo Airways ticket online:

Payment for your Bamboo Airways ticket can be made via bank transfer (ATM/Internet Banking/bank teller), credit card, pay at stores or post offices. For complete information about payment methods, please visit How to Pay.