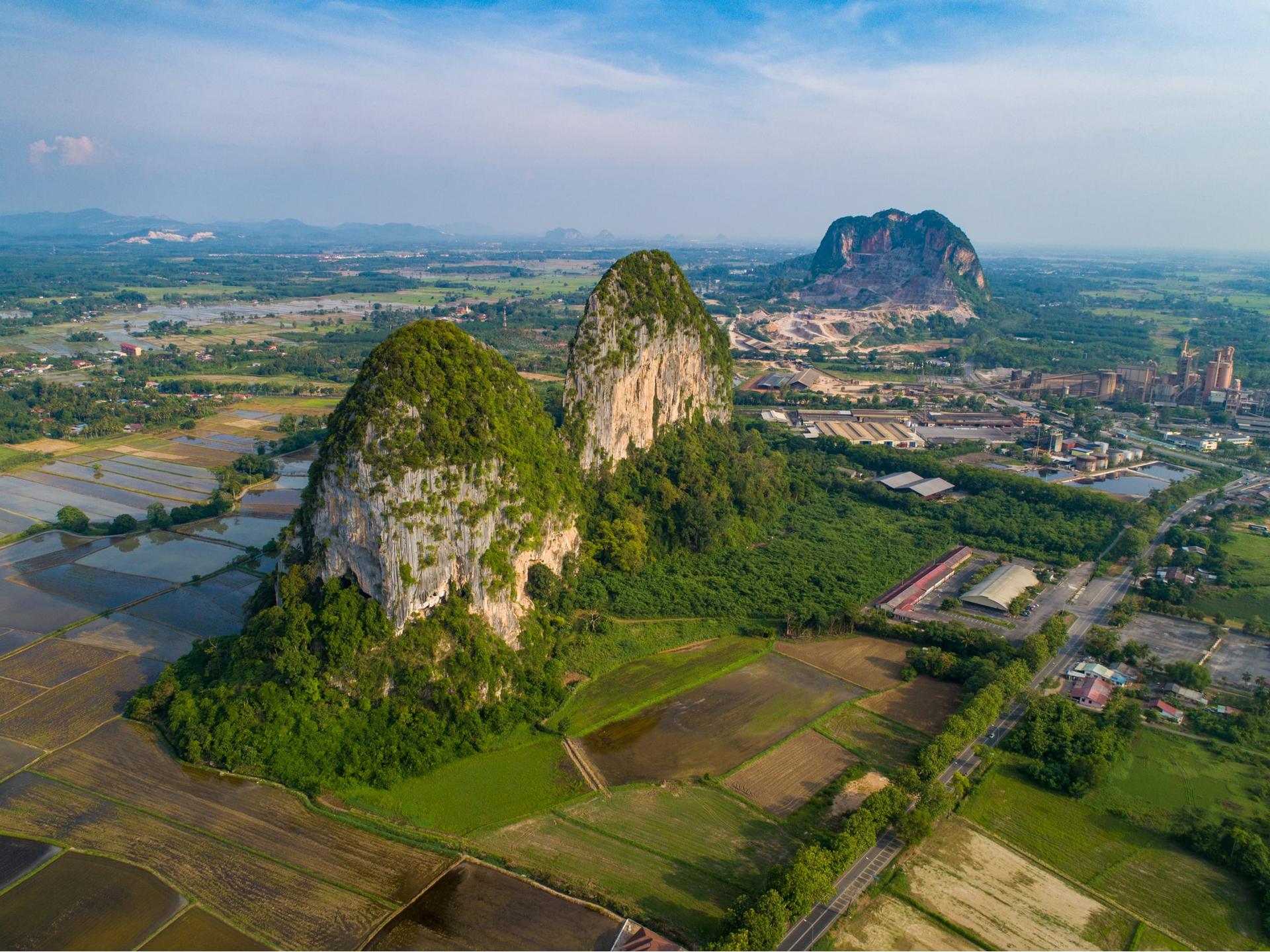 Perlis is among the smallest states in Malaysia. Also known as Perlis Indera Kayangan, as it is close to Langkawi Island, you would have to pass through Perlis to get to the island. In addition, there are also interesting attractions such as Kota Kayangan Museum, Taman Rekreasi Tasik Melati and Bukit Ayer Recreational Forest. You can also find a wide range of hotels in Perlis if you are looking for a place to stay along your holiday here.

Other Accommodations in Perlis

Other star hotels in Perlis

Other hotels in Perlis

Kuala Perlis, Perlis
With a stay at The Zuley Heritage Hotel in Kuala Perlis, you'll be a 4-minute walk from Al Hussain Mosque and within a 5-minute drive of Bukit Nasi Sa Bungkus. This hotel is 29.2 mi (47 km) from Kuala Kedah Jetty and 2.8 mi (4.5 km) from Kota Kayang Museum.

8.3
Impressive
2,568 reviews from hotels in Perlis with aggregated rating of 8.3/10.
Review from various users that have stayed in Perlis will help you to choose the perfext hotel easily!

Rukyalaini B. A.
This is a private profile
Hotel Seri Malaysia Kangar

Gary G.
This is a private profile
The Putra Regency Hotel Kangar Perlis

MOHD F. A.
This is a private profile
T Hotel Kuala Perlis

Teacher C.
This is a private profile
Metro Inn Arau

Most commonly asked questions in Perlis

What are the best areas to visit near Perlis?

If you are in Perlis, you can also visit

What are the most recommended regions to be visited beside Perlis?

What are the best hotels and most popular in Perlis?

The most popular hotels booked by tourists are

How many hotels are listed in Perlis?

Currently, there are around 50 hotels that you can book in Perlis

Looking at the Malaysian map, it is evidently clear that Perlis is the smallest state in this country and is probably one of the quietest state too. Being under the Thai Monarchy for some time before being part of Malaysia shows the rich diversity in culture and architecture, a mix between the Thai and the Malaysian heritage.

Up to this very day, Perlis still maintains most of their old, classic world charm. With just the needed development that goes on here and there, Perlis retains their peaceful and quiet life without the interruption of modern infrastructure.

Because of this small size, some of the amazing sights that can be found in Perlis can be covered in a wee amount of time, but don’t let that stop the wanderlust spirit. The rustic living and its calm, mild and simple people is totally worth a visit.

In the beginning, Perlis was originally part of Kedah, then changed its rule to be under Siam or Aceh. After the Siamese conquered Kedah back in 1821, they separated Perlis into a its own principality, becoming a direct vassal to Bangkok in 1842.

The great unity of the people in Perlis can be clearly seen in their hospitality and their character. The sturdy green wreath of paddy that is in the Coat of Arms of Perlis shows the wealth of the kingdom and the chief economic activity of its people and the shield right in the center represents the great pride of the people in Perlis.

How to go to Perlis

Unfortunately, there are no direct flight services to Perlis. Visitors would have to fly into Alor Setar (Sultan Abdul Halim Airport) then take a bus or a cab to Kangar which would take about 45 minutes depending on the traffic.

From Kuala Lumpur and Butterworth, visitors can get to Perlis via the KTM’s Senandung Langkawi which will stop either in Arau or at the Padang Besar Thai-Malaysian Border. The price and the timing are as follow.

There are two different bus service providers that rides from KL straight to Kangar daily.

From Butterworth to Kangar, there is only one bus service provider that commutes daily to Kangar.

Gua Kelam or the Kelam Cave is a 370m long cave located near the peaceful town of Kaki Bukit. The cave was believed to have formed from the erosion of an underground stream where visitors can admire the unique rock formations or be fascinated at the life that forms in this well-lit cave.

Being one of the only two snake sanctuaries in Malaysia (the other being in Langkawi), the Snake farm here in Perlis has an amazing array of snakes and other reptiles that would surely amaze. Visitors can be amazed at the amazing King Cobra resting peacefully in their cages or even take a photo with them around your neck.

Awang Batil is akin to a ‘story-teller’ who tells of the glory and richness of life of the people of olden times. In a sense, Awang Batil is not much different from the minstrels of old England. Awang Batil is an expert with words, albeit colloquial, and as he proceeds with his story he beats a small drum and plays a tune on his flute as and when the story line demands. Such a presentation was normal during a big feast and during one form of festivity or another in times gone by.

Built in December, the Putra Putri Lodge was built to improve the landscape of Repoh by upgrading the thoroughly run-down 35-year-old building and to provide visitors with an alternative choice of affordable and comfortable accommodation.The name “Putra Putri” was derived by virtue of the lodges being located at Taman Putra Putri, a plot of land owned by the late Raja of Perlis.

Step into the warm hospitality of Malaysia’s northern-most state at Putra Palace. The premier hotel in Perlis, it is the pre-eminent choice for accommodation, business functions, banquets and dining.

Other Popular Hotels in Perlis