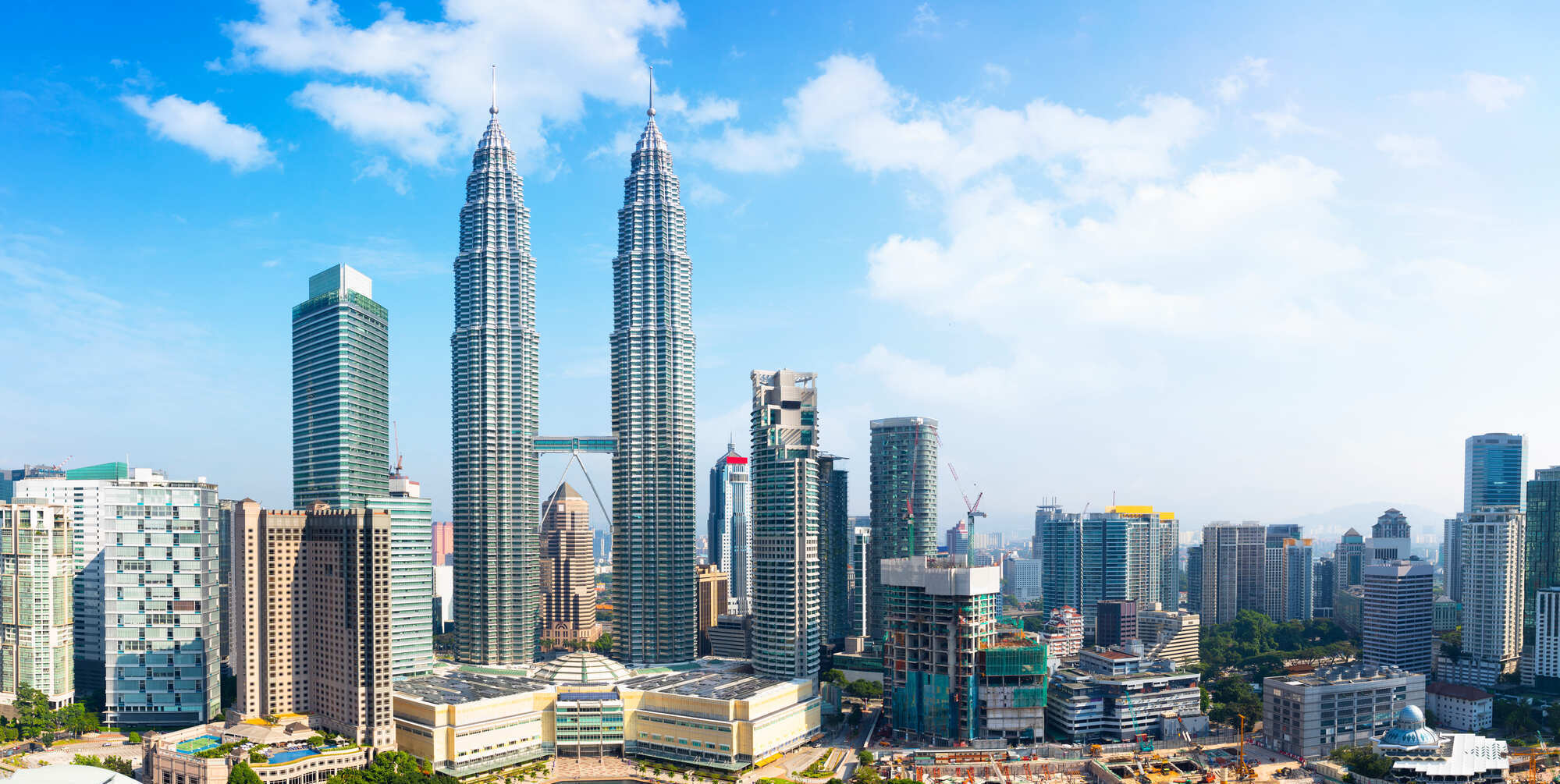 Other Accommodations in Miri

Villas in Miri
Apartments in Miri

Other star hotels in Miri

Other hotels in Miri

Lot 1347, Miri Waterfront Commercial Centre, Miri Town, Miri, Sarawak, Malaysia, 98000
A stay at Pullman Miri Waterfront places you in the heart of Miri, within a 5-minute drive of Marina Beach and Tanjong Lobang Beach. This 4.5-star hotel is 2.1 mi (3.3 km) from Bintang Plaza and 2.2 mi (3.6 km) from Imperial Shopping Mall.

8.8
Impressive
5,396 reviews from hotels in Miri with aggregated rating of 8.8/10.
Review from various users that have stayed in Miri will help you to choose the perfext hotel easily!
FB
Faidzal Bin Zulkifly
Imperial Palace Hotel

9.1
/ 10
9.1
10 Jan 2022
My only concern was my check-in, the receptionist couldn't find my booking through the app and it took almost 10 minutes. Maybe the system. Anything else during my stay was comfortable.
AA
Adelina Anak Johnny
Dynasty Hotel Miri

9.1
/ 10
9.1
22 Jul 2022
The hotel was up to standard. View from the room was great and the swimming pool had warm water. However they charge for the airport shuttle and it came 2 hours late after multiple calls.
ws
wee s. s.
Jinhold Hotel & Serviced Apartment

8.4
/ 10
8.4
5 Dec 2021
The room was clean and big. My kids enjoy to have their online class there. But the first night, the air-conditioning was break, we felt hot and can't sleep well. On the second day, we able to change a new room. The breakfast and wifi of the hotel need to improve.
CS
Chang S. S.
Hotel Nur Miri

Most commonly asked questions in Miri

What are the best areas to visit in Miri?

The best areas to visit in Miri are
Miri Town

What are the most popular landmarks in Miri?

How many hotels are listed in Miri?

Currently, there are around 88 hotels that you can book in Miri

Other star hotels in Miri

Other hotels in Miri

Miri is a city in

Sarawak
,
Malaysia
, located in the Borneo island and is very close to Brunei Darussalam as well as
Indonesia
. The lively city is dubbed as the second largest city in
Sarawak
and even earns a reputation as the most cosmopolitan city.

Miri is home to Malaysian petroleum industry, dating back its first oil well and production in 1910. For that, the city is also labeled as the "Oil Town of Malaysia". This city enjoys prosperous economy due to the thriving oil and gas industry in the city. This stable economic condition has shaped Miri into a modern and busy city populated by many luxurious hotels and shopping malls these days. Besides its long history, Miri is also a culturally-rich city inhabited by 19 of 27 ethnic groups in Sarawak alongside the Chinese and expatriates. Nowadays, Miri houses several giant companies with considerable number of expatriates living with local Miri citizens, adding to 300,000 people of the city’s population.

Despite having modern ambiance and way of living, Miri is greatly attractive for tourists, especially for the diving spots off the coast. Eco-tourism lovers can visit Gunung Mulu National Park and Sarawak Chamber, Loagan Bunut National Park (Sarawak’s largest natural lake), Lambir National Park (ranked 12 as a site with biggest biodiversity in the world), and the beautiful caves and waterfalls in Niah National Park. These places are all easily reached from Miri. However, you can also find several notable attractions inside the city such as oil museum and temples.

How to go to Miri

Kuala Lumpur
and
Johor Bahru
by AirAsia and Malaysia Airlines. Several other flights to Miri are operated from
Penang
,
Kuching
,
Kota Kinabalu
, and the international flight from
Singapore
. MASWings also operate direct flights to Gunung Mulu National Park, also other destinations including Limbang, Lawas, and
Labuan
.

Miri are linked by buses to

Kota Kinabalu
,
Sabah
: buses from Wawasan Bus Terminal depart every Tuesdays, Thursdays, and Saturdays at 07:30 AM. The journey to Miri takes around 10 hours.

Atop Canada Hill erects Miri’s founding icon called The Grand Old Lady, which is Shell’s first oil well and, at the same time, is the first well in Miri. Started in 1910, the oil well has produced around 660,000 barrels but dried up and was finally shut down in 1972. As the first resource that elevated development in Miri as well as Sarawak, it then earned its name as the Grand Old Lady and is now one of the national monuments in

Just next to the museum is Miri Petroleum Science Museum where the history of the oil digging was elaborated. The museum serves as a major highlight to local histories and offers vast knowledge about the exploration, production, refining, and distribution science and technicalities.

San Ching Tian Temple, built in 2000, is Southeast Asia’s largest Taoist temple that occupies about 1.5 acres land. Its elegant architectures are paired with grand door arch, decorated with two dragons upon entering the temple. Not only a great place to wonder in awe, its tranquil atmosphere makes San Ching Tian Temple a relaxing place in contrast to the busy city.

The temple is located on Jalan Krokop and can be reached by bus no. 44.

An urban park complex of a 10.4-hectare park, Miri City Fan is a great stroll site to enjoy idly, featuring theme gardens and ponds dubbed as Malaysia’s best-landscaped city park. Within its fan-shaped park, there are Miri Civic Centre to view the park and Miri city line; Civic Promenade, which features carvings depicting Malaysia’s history and culture; Musical Fountain; Garden of Vision, an amphitheatre; Health Garden, with its circling reflexology path; Chinese Garden, located by a small lake and Miri’s symbol, seahorse on the middle of the lake, Formal Garden and a fountain as the central point of the garden; Miri Library, surrounded by tall white stone pillars; Botanical Ethnic Garden; Islamic Garden, displaying a considerable gazebo with dome-style roof; and lastly, a public swimming pool with an admission fee of 1.00 MYR. This popular area is also where concerts and festive celebrations (Eid-Al-Fitr and Chinese New Year) are held in the amphitheatre.

The park is accessible from Jalan Merpati or Jalan Kipas. The public swimming pool is open Tuesday or Sunday, 09:00 AM - 09:00 PM.

Taman Selera Beach is located around 3 kilometers from city center. Offering a fairly vast golden sandy area to roam around, it has much more to view and enjoy. One of the picturesque sights is Tanjong Lobang, a cliff with a cave at the bottom, running from Tanjung Lobang to Pujut. Local legend says that it was inhabited by two atrocious tigers whose anger can only be appeased by young girl sacrifices from time to time.

There is also a hawker center in Taman Selera Beach. While the open-air dining experience is accompanied by the sea breeze, great spot to enjoy sunset and sounds of waves.

As one of the world’s best diving spots, Miri Sibuti Coral Reef National Park is a haven for divers with its pristine coral reefs and abundant varieties of marine lives accompanied by average visibility of 10 to 30 meters visibility. Within 7 to 10 meters depth, you can explore varieties of diving sites from natural ones such as Eve’s Garden, Santak Point, Tukau Drop Off, Siwa Reefs, and Kenyalang Rig. Several sunken vessels are also amongst the awe-inviting spots, such as Atago Maru and Sri Gadang. The recently discovered diving spots are comparable even to Maldives and Papua Nugini.

The national park can be reached from Miri Bay Marina jetty within ten minutes to the nearest site. For the best diving season, aim to go within end of March to November.

Other Popular Hotels in Miri