Your pass to explore various parts of Japan with Japan Railways’s (JR) Central.

The Central Japan Railway Company (東海旅客鉄道株式会社 Tōkai Ryokaku Tetsudō Kabushiki-gaisha, lit. "Tōkai Passenger Railway Stock Company") is the main railway company operating in the Chūbu (Nagoya) region of central Japan. It is officially abbreviated in English as JR Central and in Japanese as JR Tōkai (JR東海). Tōkai is a reference to the geographical region in which the company chiefly operates.JR Central's operational hub is Nagoya Station and the company's administrative headquarters are located in the JR Central Towers above the station.[6] The busiest railway line operated by JR Central is the Tōkaidō Main Line between Atami Station and Maibara Station. The company also operates the Tōkaidō Shinkansen between Tokyo Station and Shin-Ōsaka Station. Additionally it is responsible for the Chūō Shinkansen—a maglev service between Tokyo and Osaka, which is due to start operation between Tokyo and Nagoya in 2027. 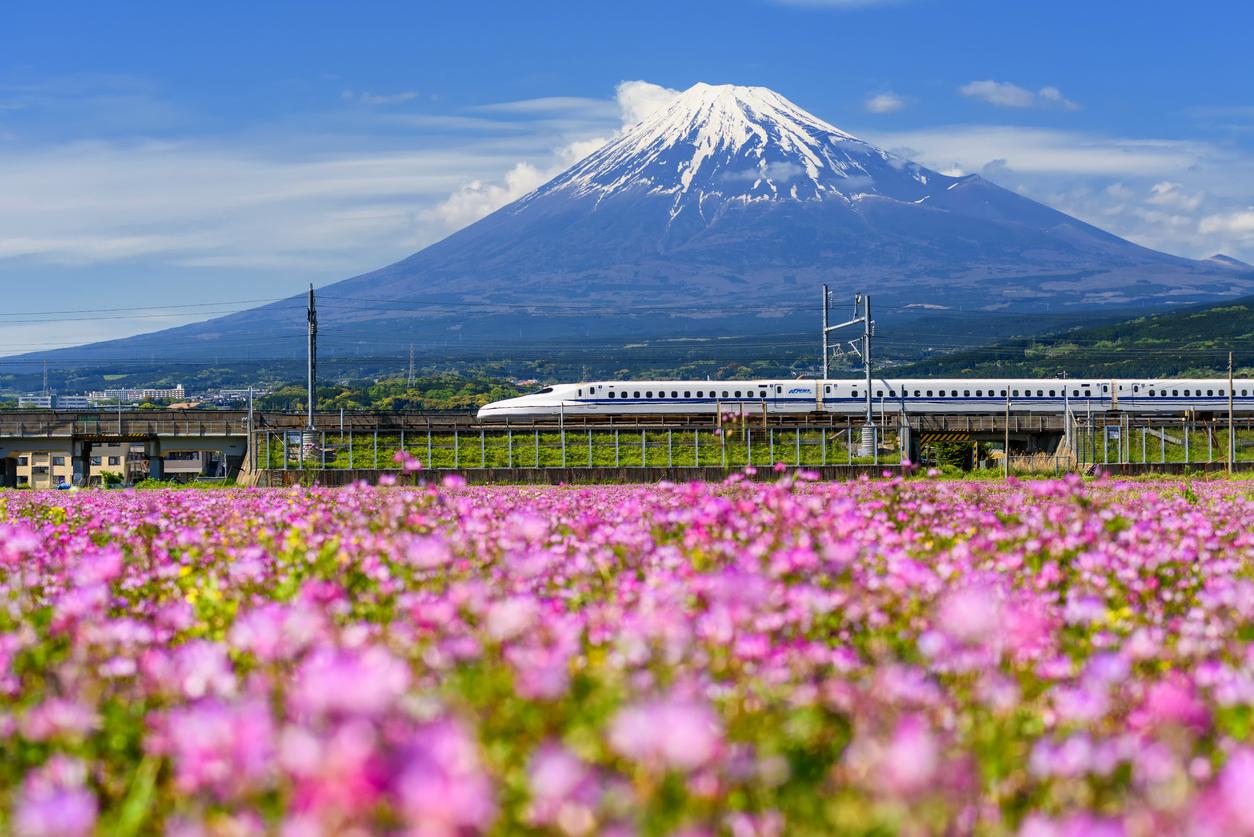 Up until now, Tokaido Shinkansen is one of the busiest fast train lines in the world. Train speeds on this track can reach a maximum of 285 kilometers per hour. This system makes the trip from Tokyo to Shin-Osaka reachable in only 2 hours 22 minutes by using the Nozomi train.

Japan Rail Central Pass sales are available in various ways. You don’t need to bother visiting JR Central offices or stations in Japan, you can now buy JR Central pass online, even before leaving the country. Currently, various travel agents are already serving JR Central Pass ticket purchases. One of them is of course Traveloka.

The entire fleet has been supported by JR Central facilities in the form of air conditioners, folding tables, electrical outlets, telephones, bathrooms, free WiFi connections, and special areas for wheelchair users. Passengers can submit special requests if they want to carry more luggage, pets, and bicycles.

Traveling with JR Central offers its own fun because you can walk around Central Japan more practically. With JR Central, you do not have to buy tickets repeatedly to be able to ride various trains and public buses to visit the following special destinations:

A trip to Japan will not be perfect without seeing the symbol of natural majesty of the Land of Sakura. Tourists can enjoy Mount Fuji by climbing to the peak which is usually crowded throughout July to mid-September. Lake Kawaguchi at the foot of the mountain can be a place that pampers your eyes because it offers a natural landscape that is equipped with a green open park, playgrounds, art museums, hot spring baths, lodging, and tours around the lake in a large boat.

This destination is called one of the best hot springs in Japan. Visitors will be immersed in the freshness of natural springs in a rocky pond surrounded by green hills. In addition to refreshing, warm water in Gero-onsen is also believed to be effective in curing rheumatism, neurological diseases, and motor disorders, and relieving fatigue. Use the JR Central Takayama-Hokuriku Area Tourist Pass to reach this destination.

The freshness of nature in Japan does not stop at the cherry blossoms and Mount Fuji. Shirahama invites you to relax with the charm of 640 meters of white sandy beach. Besides immersing yourself in a tropical atmosphere, visitors can interact with animals in Adventure World, including meeting pandas! Take advantage of your Ise-Kumano-Wakayama Area Tourist Pass to visit Shirahama.

With Alpine-Takayama-Matsumoto Area Tourist Pass, you have the chance to encounter a variety of natural beauty. The Alpine route offers hiking trails through mountains, "Yuki-no-Otani" snow walls, Daikanbo Hill, and Kurobe Dam. You can walk, take the bus, or take the cable car to pamper yourself with the natural scenery at this place. Come in spring to get the best view.

Try fresh Japanese sushi, directly from Numazu Port. It functions as a port and also a Japanese-style street food paradise. This place has always been a target destination for tourists who want to try sushi or dried fish typical of Numazu and hunt for cheap souvenirs. When the weather is good, visitors can see the view of Mount Fuji from here. The location of the Numazu Port is very easily accessible from Numazu Station.

Here’s how you can book your JR Central Pass online:

Here’s how you can redeem your JR Pass: