Renting a car in Kuala Lumpur would be easier and more prudent by online. Compare the best options from Traveloka's many car hire partners. Our partners provide the best quality service to support your activities.

Why rent a car through Traveloka?

Rent a car at your fingertips, anytime and anywhere. Compare cars from our trusted partners in one platform, finding the right one for you is now easier than ever.

Our trusted partners provide quality service to ensure that your trip is safe, comfortable and memorable. 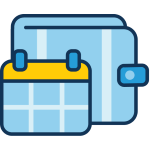 Book and secure car rental at any time without having to pay full immediately. Use the initial limit starting from 10 mio, then pay in 1-12 installments with low interest.

Free pickup and drop-off are included for the following areas:

Free pickup and drop-off at the rental office

Please note that during pickup, the traveler in Traveler Details must present their original ID card/passport, driver’s license, and personal or family’s credit card.

Overtime fee will be charged when rental duration exceeds 12 hours, or past 23:59 on each rental day. This add-on can only be paid directly to the driver.

Out of Town Usage

Out of Town Pickup/Drop-Off

Out of Town Pickup/Drop-off fee will be charged when your pickup or drop-off point is located outside the specified city/region.

All in One (In-Town Use Only)

This add-on covers all the essentials to make your travel easier: fuel, toll, parking fees and driver’s meals throughout the rental period. This add-on is not applicable for out-of-town use.

As the largest and the fastest-growing city in Malaysia, Kuala Lumpur has so many interesting places that you can explore, either traditional or modern sites. You will find the modernity of a metropolitan city by seeing their futuristic towers and skyscrapers. At the same time, you still can enjoy local pride such as local markets and street food. Known as its multicultural community, such as Malaysian, Chinese, and Indian makes Kuala Lumpur has its own charm created by cultural diversity. The more you explore, you can find more interesting facts and uniqueness of each culture.

Things To Do in Kuala Lumpur

As the icon of the city, Petronas tower is one of the sites that you should not miss when you are in Kuala Lumpur. Previously, Petronas Tower was the tallest building in the world, before Taipei’s 101 and Burj Khalifa in Dubai was built and opened in 2010.

Petronas Tower’s architecture was inspired by Islamic architecture and used as the primary house the corporate headquarters of Petronas Company and their offices. Most of the tourists will visit Petronas Tower at night because it seems more picturesque compared with the day. If you are planning to visit the building, you should visit it in the early morning, because it has a limited person to visit each day. When you enter the building, you can find a really nice view from the bridge between 41st and 42nd floors that is known as double-decker Sky Bridge. Below the building, you can find a mall as well.

2. Strolling around the KLCC Park

You can find a little oasis in the middle of the city right behind the famous Petronas Towers. If you are looking for a place where you can jog, dog-walking, or just enjoying the time on a green space with your beloved ones on a sunny day, then you should go to KLCC park. There will be a jogging track, walking trails, fountain and wading pool for children provided.

Located in the suburb of Selangor, around 11 kilometres to the north of Kuala Lumpur, lies a beautiful Hindu’s caves and temples surrounded by the local flora and fauna. It includes wild monkeys that inhabit the area as well as famous cave-dwelling bats. If you like to do rock climbing, you can also do rock climbing with 160 climbing routes in the area. If you are not the experienced one, you can choose the lighter treks as well. At the top of the cave, you will find a series of Hindu statues and shrines in the cave. At the foot of Batu Hill, there are two other cave temples, which are the Art Gallery Cave and Museum Cave where you can find many Hindu statues and paintings.

Unlike any other part of the city, you will find the other side of Kuala Lumpur by exploring the Kampung Baru neighborhood, which is located only one kilometer away from Petronas Tower. AS the oldest village in Malaysia, you will find numerous of the last remaining traditional houses in the city before it will be torn down for new developments in the next few years. Exploring Kampung Baru will not complete without trying the local and street foods in the area. Make sure you try the original taste of Malaysian cuisine.

5. Take a picture along Merdeka Square

Known as ‘Dataran Merdeka’ in Malay, it was named to reminisce where the Malayan independence was declared. Around the square, you will find the Malay heritage architecture such as Sultan Abdul Samad Building and St Mary’s Anglican Cathedral. Sultan Abdul Samad Building was built in 1897 and named after the reigning sultan of Selangor at that time. It was designed by AC Norman, the architect who also built Masjid Jamek (Jamek Mosque). It used to be the house of superior courts of Malaysia before it moved to Putrajaya. If you want to learn more about Merdeka Square’s and the buildings’ history, you can take an organized tour there.

Chinatown will always be perfect for food lovers and shopaholics. Located in Petaling Street, Chinatown is also known as ‘Chee Cheong Kei’ (Starch Factory Street). It is immersed in Oriental culture, heritage, and history. Chinatown is one of the most popular spots in Malaysia. You can find many good things from Chinese herbs to imitation goods. At night, Chinatown will transform into a night market, filled with hundreds of stalls offering all kinds of goods at dirt-cheap prices.

KL Forest Eco Park was built to preserve the natural surroundings and forest in the center of Kuala Lumpur. You can feel a different sensation just like walking through a jungle in the middle of the city. It’s a perfect place to escape from the city’s crowdedness. The forest is connected by 200 meters of walking bridges hanging among the trees. It will take around 30 until 45 minutes to get to the top of the canopy walks. KL Forest Eco Park opens from 8 am and closes at 6 pm. You can find the entrance ticket at Kuala Lumpur tower.

8. Take a Boat Ride on the Selangor River

Another way to get away from the city’s hecticness, take a boat ride on the Selangor River, or known as Kampung Kuantan Firefly Park, will be the perfect option for you. You can take the wooden rowboat and ride it in silence because the man that will row us up the river in silence, meanwhile, you can see the fireflies lighting up the mangroves in unison. Besides sightseeing, you can also enjoy the restaurants next to the quay.