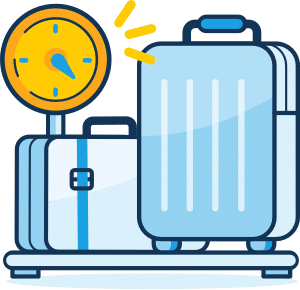 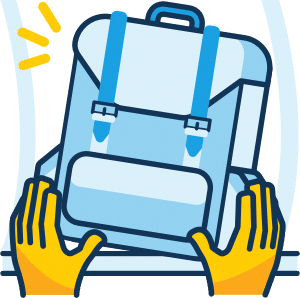 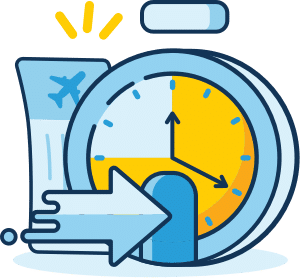 How do I select my preferred Firefly baggage allowance on Traveloka?

How do I select my preferred China Airlines seat on Traveloka?

How do I select my preferred China Airlines in-flight meal on Traveloka?

Whenever your flight is, make sure you don’t fly hungry. When you book at Traveloka, see the In-flight Meal section after choosing your flight and filling in your passenger details. Then, check out the menu and choose a meal or beverage for your flight.
Find Out More
Refund
Reschedule
Online Check-in
Baggage Wrap

How do I get a refund for a cancelled China Airlines flight on Traveloka?

How do I reschedule a China Airlines flight on Traveloka?

How do I check-in online for a China Airlines flight on Traveloka?

Royal Brunei Airlines is the national airline of Brunei Darussalam, owned by the government of Brunei Darussalam. Founded in 1974, Brunei Darussalam now offers flights to 16 destinations in Asia, Europe and Australia that include Singapore, Kuala Lumpur, Jakarta, Melbourne, Hong Kong, London, Dubai, and Jeddah. The airline provides two different types of flight classes, which are Economy Class and Business Class. 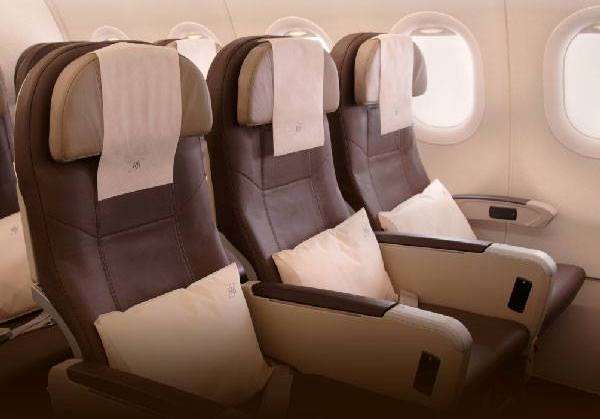 Royal Brunei Airlines offers different Economy Class service on different types of aircraft. On the Boeing aircraft, the Economy Class seats are equipped with comfortable cushions, adjustable headrests and spacious legroom, and come with an electric socket and a USB port, so that passengers can charge their gadgets during the flight. Passengers can enjoy in-flight entertainment that includes a great selection of movies, TV shows, and music audios from their seats. Meanwhile, the seats in the Airbus aircraft are ergonomically designed with a dimension of 32 inches in length and 17.5 inches in width. 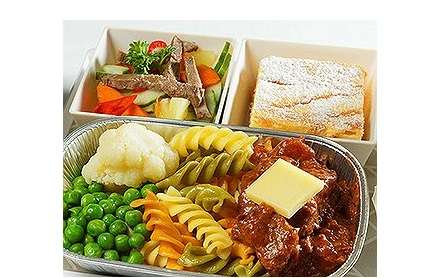 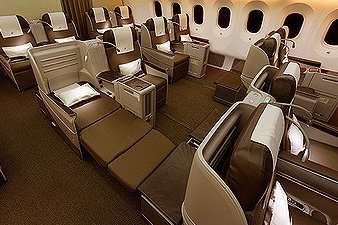 The Business Class cabin in Royal Brunei Airlines Boeing aircraft features seats that fully recline to a flat bed with a larger surface than the in-flight beds of most aircraft. Along with a larger pillow, the Business Class seats provide maximum comfort for a peaceful rest. Each seat is equipped with a 15.4-inch touchscreen LCD monitor with Panasonic eX2 in-flight entertainment, as well as an in-seat power connector. On the other hand, the Business Class cabin on the Airbus aircraft offers seating with a pitch of 44 inches and width of 21 inches. Each seat is also equipped with an 8.4-inch personal TV. On selected flights, passengers are provided with an iPad Mini packed with the latest movies, TV shows, and games. 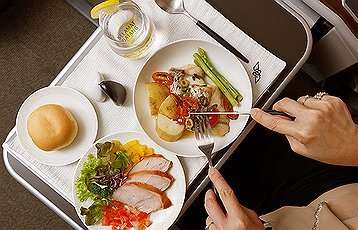 All meals in Royal Brunei Airlines are halal and prepared in the healthiest way possible. The airline has teamed up with professional chefs to offer a selection of first-class meals cooked to perfection. If the passengers have special dietary restrictions, the chefs will be happy to accommodate them without sacrificing quality. Royal Brunei Airlines is dedicated to bringing only the best for an optimum business class experience. 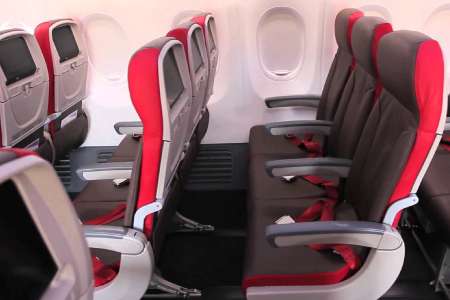 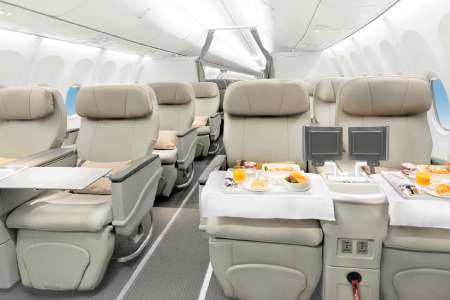 The Royal Brunei Business Class comes with many benefits. Passengers get not only a complimentary baggage allowance of up to 30 kg and a wider seat with a 45-inch (around 114 cm) legroom, but also an exclusive service with a priority check-in counter where they will be assisted by the airline’s personal ambassadors during check-in and at the immigration counter, as well as when they have other concerns. Once the passengers are settled in their Business Class seats, they can enjoy the airline’s in-flight entertainment which offers the most updated list of movies, music, and games, and charge their mobile devices via the provided USB port. Passengers who depart from Terminal 1C of the Soekarno-Hatta International Airport also get access to Royal Brunei Business Class Lounge.

The Royal Brunei Business Class in-flight meal consists of a wide array of dishes from snacks to main courses. Some of the snacks, such as pastel and lemper, are what commonly found at an Indonesian traditional market, while the main courses on long-haul flights include signature Indonesian delicacies such as white rice with fried chicken and stir-fry tempeh. Additionally, passengers will get a bowl of salad, a cup of ice cream, and a selection of drinks, from coffee and tea to fruit juices. 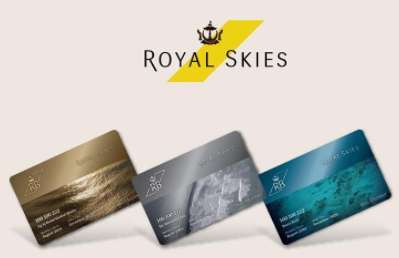 Royal Brunei Airlines offers a special loyalty program called Royal Skies. All Royal Skies members can earn miles from every flight with Royal Brunei Airlines. This program offers three different membership tiers, which include Blue, Silver, and Gold. Royal Skies membership does not expire as long as there is at least one activity recorded in the member’s account within a period of three years. Members can also earn more miles from Royal Skies partners, such as banks, restaurants, car rents, and hotels. Accumulated miles can be redeemed for free flight ticket, cabin class upgrade, extra baggage allowance, and an access to Sky Lounge.

To ensure maximum comfort for its customers before boarding, Royal Brunei provides an airport lounge. Royal Brunei lounge is located in Soekarno-Hatta International Airport and can only be accessed by Business Class passengers. In this airport lounge, passengers can relax, grab a drink, have a quick lunch, and squeeze in some work with its fast WiFi connection, not to mention enjoy a great selection of entertainment, from television and newspapers to magazines. Royal Brunei Lounge helps passengers feel refreshed before they continue their flight. 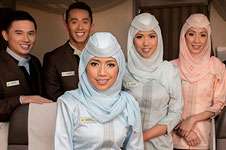 Please find the check-in time for all Royal Brunei Airlines flights on the table below. Check-in time may vary if your flight is operated by a partner airline. Please check your e-ticket to ensure.

In general, refunds are permitted for personal reasons (self-cancellation, sickness, pregnancy, or death of a passenger), cancellation/rescheduling by the airline, force majeure, or double booking. However, different airlines have different policies regarding acceptable refund reasons. Please visit Royal Brunei Airlines Refund Policy for a complete information on refund.

Even though the airline was founded in November 1974, Royal Brunei Airlines did not start operating until 1975. At the time, the airline only owned two Boeing 737-200 aircraft to operate the flight to four destinations including Kota Kinabalu, Singapore, Kuching, and Hong Kong. It was not until a year later that the airline opened a new route to Manila. Royal Brunei Airlines also launched a new route to Bangkok in 1977. Thanks to the purchase of new Boeing aircraft, by 1983, the airline added two more routes to Kuala Lumpur and Darwin. The independence of Brunei Darussalam from the UK affected the airline significantly. From 1980 to 1990, many new routes were introduced, including to Jakarta, thus linking all five ASEAN capital cities at the time—the other four being Singapore, Bangkok, Kuala Lumpur, and Manila. In the same period, Royal Brunei Airlines also expanded its network to Dubai and Europe, which included Frankfurt and London, which required a transit. In 1991, new flight routes to Perth and Jeddah were introduced. Royal Brunei Airlines experienced unprofitable operation in early noughties. To tackle that problem, the airline began a major restructuring in 2003. With Peter Foster as CEO, the airline traded its six Boeing 767s for 15 new narrow-body aircraft and eight wide-body aircraft. As the new aircraft began to arrive, the airline leased its old aircraft. The new aircraft were then used to serve the new routes in 2003. Among the new routes was Auckland, New Zealand. The same year also saw Royal Brunei Airlines launch a frequent flyer program called Royal Skies. In 2004, the airline began modifying its Boeing 767 aircraft. The old First Class and Business Class Skyluxe seats were replaced with SkyDreamer seats. Screens measuring 8.4 inches were installed in each Economy Class seat. Meanwhile, the unprofitable routes, which included Taipei, Kolkata and Kuching, were suspended in 2004 because of rising fuel prices. Nevertheless, Sydney was added to the network. The emergence of new low-cost carriers had created a set of new challenges for Royal Brunei Airlines. To meet this challenge, the airline launched Blue Sky Fares, a low-cost internet booking facility, offering cheaper Economy Class fares on selected destinations. Throughout 2000 to 2011, Royal Brunei Airlines added new flight routes to attract more passengers. The airline also resumed flight service to some previously suspended routes, such as Kuching, while launching new routes, such as Shanghai, Ho Chi Minh, and Melbourne. As for the next plan, Royal Brunei Airlines focused on serving flights to regional and international destinations in order to improve its quality as well as its financial condition. In 2013, Royal Brunei Airlines leased seven additional new Boeing and Airbus aircraft, while deciding to suspend flight routes to Auckland, Perth, Brisbane, Kuching, and Ho Chi Minh. Since it was established in 1974, Royal Brunei Airlines has appointed many different CEOs. The CEO from 2011 to March 2016 was Dermot Mannion. On March 2016, Dermot Mannion finished his five-year term and was replaced by Karam Chand, who had been the Chief Commercial and Planning Officer of Royal Brunei Airlines from August 2012.

Here’s how you can book your Royal Brunei Airlines ticket online:

Payment for your Royal Brunei Airlines ticket can be made via credit card, internet banking, and Cash at Counter. For complete information about payment methods, please visit How to Pay.