Cameron Highlands is a district situated in the state of Pahang, Malaysia, being one of the country’s most expansive hill stations. Covering an area size similar to that of the neighboring state of Singapore, Cameron Highlands shares a border with Kelantan on the north and Perak on the west. It is also the highest accessible point in Malaysia at an elevation from 1135 meters to 1829 meters above sea level, in which the climate is much cooler than the lowlands around the peninsular, with the day temperature typically not exceeding 25 degrees of Celsius and at night, it could be reaching roughly 9 to 12 degrees.

The development works only saw a new light later in 1925 when Sir George Maxwell is proposing Cameron Highlands to be developed into a hill station instead of a resort. Following his nine-day trip to survey the territory, an Agricultural Experiment Station was set up to confirm if cinchona, tea, coffee, fruits and vegetables could be grown at the district. A year later, a development committee was formed to oversee various works happening around the moorlands. Cameron Highlands would only grow further onwards to its present being, despite the incidents of World War II and Malayan Emergency.

Today, Cameron Highlands remains as one of the most highly sought after destinations for vacations and weekend getaways, be it for local or foreign tourists. While it only has around thirty thousand residents living in the highlands, there are about 700 thousands of visitors coming over to enjoy the cool and breezy wind as well as its unique atmosphere on a yearly basis, though the number can vary from year to year.

Being one of the eleven constituencies in the state of Pahang, it consists of three sub districts, namely Ringlet, Tanah Rata and Ulu Tenom. In comparison to any other areas and constituencies in the state, Cameron Highlands is home to various floral species that are rare to the tropics, as well as an area with a radically different ecosystem. People in the city speak mostly Bahasa Malaysia or English. Most of the signage in the city is also written in Bahasa Malaysia.

How to Reach Cameron Highlands?

Due to its geographical setup, there are only a handful of ways to reach Cameron Highlands. Bus services are provided from Ipoh, Kuala Lumpur and Singapore on the west side and from Gua Musang and Kuala Lipis on the east side. All trips would eventually stop at the Tanah Rata bus terminal, which is pretty much the only bus terminal that caters to the trips into and out of town.

In addition to that, you can also reach Cameron Highlands by car. Provided that you drive on your own, you need to exit the expressway at the Tapah exit and continue heading down the Route 59. It would take an hour and thirty minutes to reach the town of Ringlet. Another alternative if you are heading from Ipoh or other northern cities is to exit at Simpang Pulai and proceed via Route 145, which would only take you an hour to find the town of Kampung Raja.

Getting around Cameron Highlands is easy, given its land size. You can simply walk to explore the town better, or rent a motorcycle or cab if you have the budget. There are local buses going between Tanah Rata – Brinchang – Kea Farm – Tringkap – Kuala Terla – Kampung Raja on an hourly basis too.

Things to Do in Cameron Highlands?

Being one of the prominent tourism destinations in the country, Cameron Highlands has so much to offer in terms of its vast natural attractions as well as the abundant strawberry farms and tea valleys in operation. Other than that, there are a lot of mansions, as well as hotels and buildings designed in a uniquely English style that is rarely found in other states too.

The Big Red Strawberry Farm is one of the strawberry farm operators around Cameron Highlands with scenic views, mesmerizing decorations and layout. Located around 4.6 kilometers away from Tanah Rata, some of the main activities here that can be done by the visitors include plucking fresh strawberries in addition to strolling around the farm with friends and family. There is also an in-house café serving all kinds of strawberry-based desserts for visitors to delve in and indulge further into the strawberry goodness. As for the admissions, they are counted as free. However, every strawberry plucked would be a charge for twenty-five ringgit per half a kilogram and forty ringgit per kilogram.

Being one of the oldest tourist attractions around the highlands, Cameron Highlands Butterfly Farm was started in the year 1990 as a hobby of a butterfly enthusiast who likes to collect and appreciate the colorful beings. Eventually, the collection grew big enough that the farm is opened to the public. Found within the compounds of Kea Farm, which is yet another attraction, there are various species of butterflies being placed into display here alongside other insects such as beetles, mantids and phasmids of different shapes and sizes.

Situated four kilometres south of Tanah Rata, Cameron Bharat Tea Estate is a tea plantation in essence with an on-site tea drinking café made to serve its finest teas to the visitors and tea lovers alike. Owned by the Bharat Group, which is the second biggest tea producer in Cameron Highlands, visitors may enjoy a picturesque view of the tea plantations yet and get close with the tea farmers. In addition to that, they can head on to enjoy a cup of tea and delicacies in the café too, which is something to look forward to since the tea blend is unique to Cameron Highlands. This estate is open daily from 8.30 in the morning to six in the evening.

Sam Poh Temple is one of the biggest religious structures in Cameron Highlands dedicated to the Chinese Muslim eunuch, Zheng He or Cheng Ho which was also the admiral of the Chinese fleet. Said to house the fourth-largest Buddha in Malaysia, this temple was built back in 1972 on a small hilltop off the main road.

What to Eat in Cameron Highlands?

Dining is not a major problem in Cameron Highlands with various cafes and restaurants ready to serve your palates with dishes ranging from the likes of Western, Chinese and even local dishes like nasi lemak. As such, there are no shortage of options when being here, and if you fancy for some English breakfast with tea and strawberries, this is certainly the place to be.

The abundance of strawberry farms here makes it seems impossible to not try and eat the strawberries at least once when one comes for a vacation in Cameron Highlands. Due to the climate of the highlands, strawberry is becoming one of the most significantly grown fruits and can be found anywhere around the place. It is not astonishing to find dishes that included strawberries as a major element or even enjoying strawberry-based dishes, such as the strawberry jam, ice-cream, scones and many more. For example, at the Brinchang Night Market, one can find chocolate-dipped strawberries as a popular delicacy.

Tea is also served widely around Cameron Highlands, again due to the fact that tea leaves are grown and planted widely around the area. As such, one can crash into almost any eateries and order a tea without much problem. Some distinctive tea, however, is best enjoyed at the in-house cafes found in the tea plantations specific to the blend, such as the Boh Tea Center. Besides that, due to the influence of the British colonials, western dishes and delicacies like scones and English breakfast and toast are not uncommon here, with hotels and chalets like Bala’s Holiday Chalet and Cameronian Inn serving them.

Visitors interested in going on the jungle trekking can go ahead to Brinchang Mossy Forest which is found in Batu Gangan Forest Reserve. As the name suggests, the whole forest is covered in moss, causing some nature guides also to call it Lord of the Rings Forest or Fantasy Forest. This is because of the moist available from the low-level clouds, making it an ideal biotope for moss, ferns, lichen and orchids. The forest is also home to other insects, snakes, frogs, birds and mammals that have adapted to such environment. Therefore, it is advisable for visitors to come in with nature guides as they are already familiarised with the place and would know the best route to show around, in addition to preventing you from getting lost.

With the flight and hotel ticket package available at Traveloka Malaysia, you can visit Cameron Highlands more easily and cheaper. Choose a variety of tour packages that we offer, and modify as you like to get the combination you want. 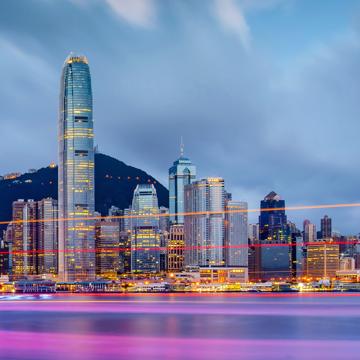 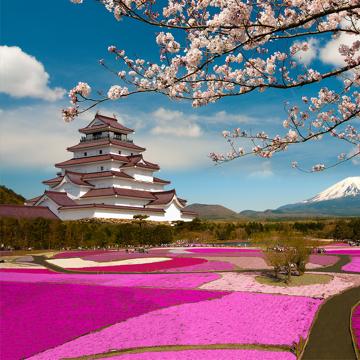