One of the backpacker’s favorite areas in Southeast Asia in Ho Chi Minh City, Vietnam. It is the largest city in Vietnam although it is not the capital city of the country. However, it is true that history records that Ho Chi Minh City was once the capital of South Vietnam — with its name at that time still Saigon. After North Vietnam and South Vietnam united a few decades ago, Hanoi was later designated as Vietnam’s capital city.

Ho Chi Minh City is located near the Mekong River delta, the 12th longest river in the world as well as a barrier of three countries. Besides Saigon, this city also has another name which is Prey Nokor. Prey Nokor itself is actually not part of Vietnam. In the past, this area was a swamp inhabited by the Khmer people for centuries and developed into Cambodia's main port. Only later in the sixteenth century, Vietnam came to invade and made Prey Nokor its conquest.

The Biggest Airport in Vietnam

Vietnam offers satisfying tour packages. In addition to so many places to visit and the low cost of living, Vietnam also offers convenient transportations. To get to the downtown from Tan Son Nhat, you can use the city bus, public bus, taxi, or even taxi bike (called as xe om). The distance is only about 8 km and can be reached by motorcycle for about 12 minutes. For public buses, you can use bus number 152 which is located near the entrance of the arrival terminal with the destination bus terminal situated across from the Ben Thanh Market.

Like the long journey of a country, Vietnam also has a past with a variety of stories. Ho Chi Minh City especially is still keeping those stories through the buildings spread around the city. 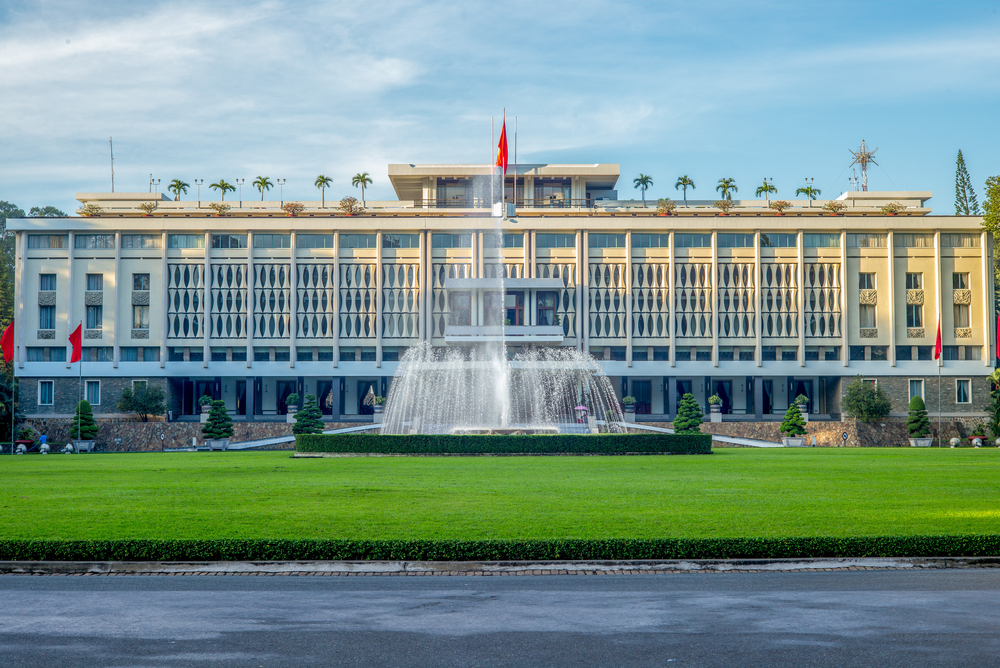 North Vietnam and South Vietnam fought their respective interests and affixed a dark history of the nation's journey. North Vietnam is ridden by communist countries, while South Vietnam is under the control of the United States. On April 30, 1975, the presidential palace was successfully controlled by North Vietnam and America was expelled. The Fall of Saigon event was enshrined at the Reunification Palace which is now a museum, complete with relics of the past. 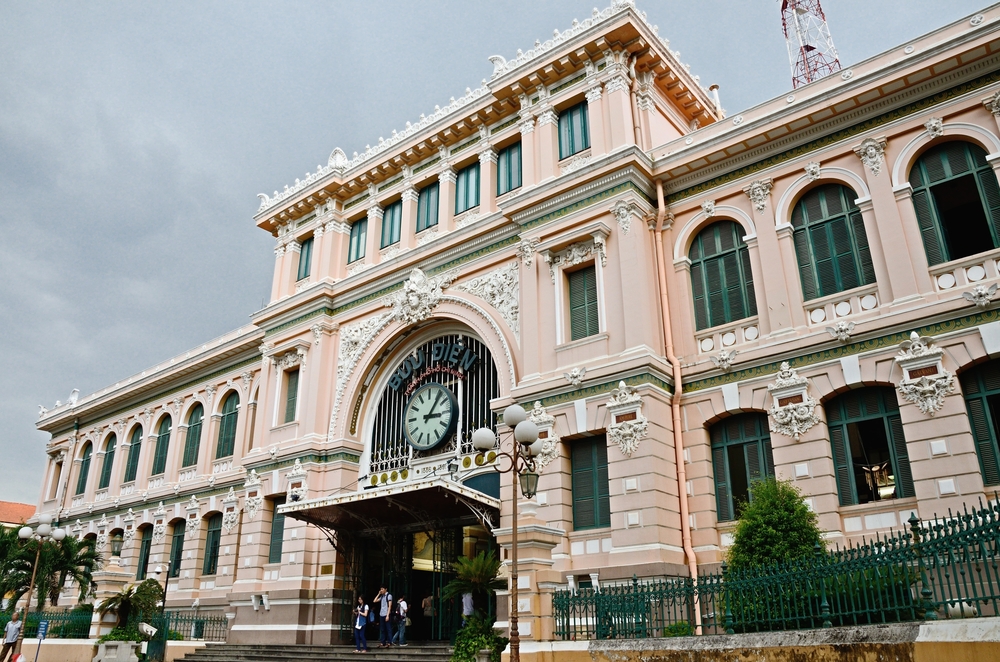 As a French colony, it is natural that several buildings in Ho Chi Minh City have classic European architecture. One of them is Saigon Central Post Office or known as Buu Dien Trung Tam Sai Gon. Although it was built in 1860 when Vietnam became part of France, the gothic architecture is still very well maintained. Even though the operation is no longer as busy as before, this post office still serves customers every day. 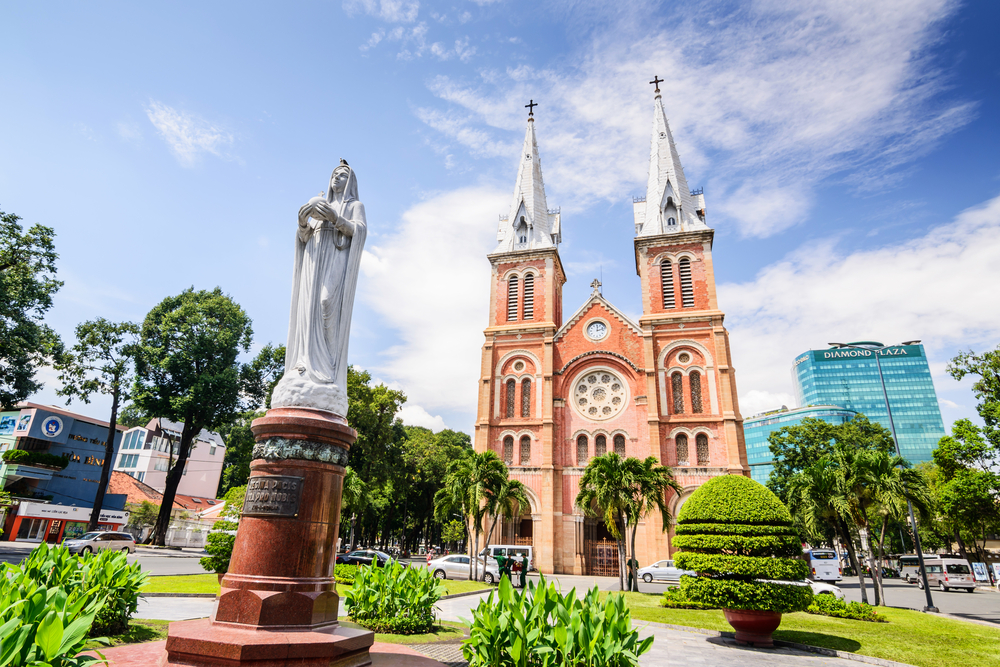 Notre Dame Church is another building with gothic architecture, as a result of French colonial influence. The building’s shape is not much different from the famous Notre Dame in Paris, France — complete with two bells of the tower. The front part of the cathedral is decorated with a statue of the Virgin Mary from the Vatican, surrounded by beautiful flower gardens. It was said that in 2005, The Virgin Mary statue shed tears. This event certainly attracted a lot of attention from visitors and the wider community. 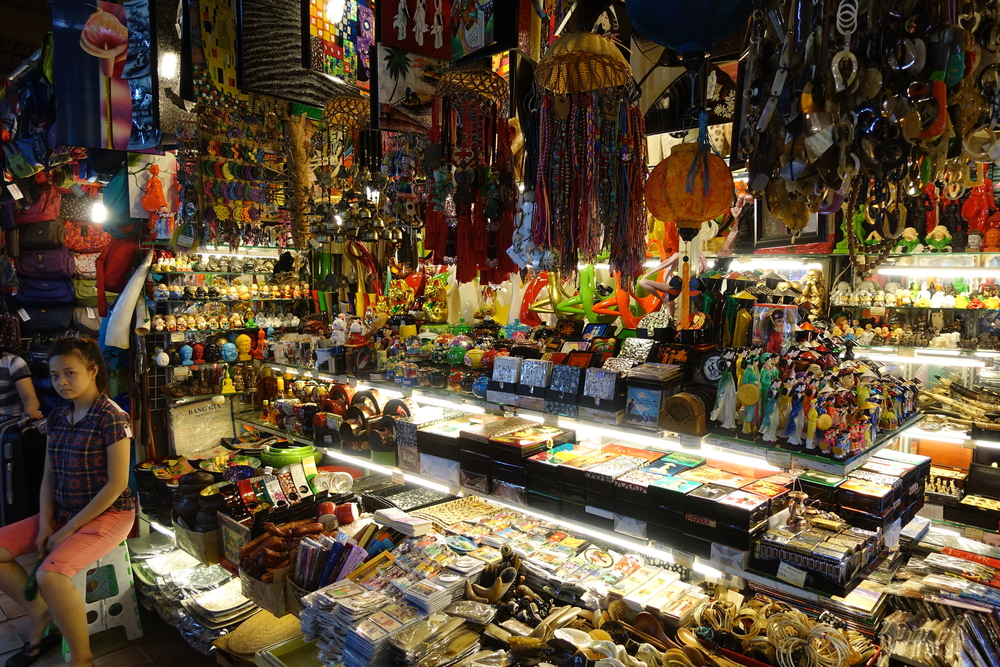 Complete your trip to Ho Chi Minh City by visiting the most significant and oldest market in Saigon. You can visit this market in District 1 by using bus number 152 from the airport. From morning to evening, this market will be very crowded with sellers of clothing, food, and various souvenirs. You can relax while enjoying Vietnamese coffee and pho, typical Vietnamese food in the form of noodles.

Ho Chi Minh City is a tourist destination with a complete package: the location is not too far away, full of history and culture, the cost of living is not too high, and transportation is easy and orderly. You can also get the best tour packages to Ho Chi Minh City with Traveloka. With Ho Chi Minh City airplane and hotel ticket packages, your trip will be even more memorable.

With the flight ticket plus hotel package available at Traveloka, you can visit Ho Chi Minh City more easily and cheaply. Choose a variety of tour packages that we offer, and modify it as you like to get your perfect combination.