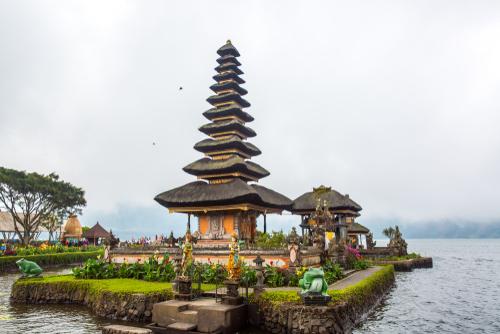 Denpasar is a town in Bali and also acts as the capital of Bali. The name Denpasar is originally from the Balinese words "den", meaning north, and "pasar", meaning market which makes the city as a market-town. This town has a lot to offer such as temples, palaces and museums as well as beautiful beaches. It occupies over 120 square kilometres of land, and the total population of Denpasar was 897,300 in 2017. The ethnic group is comprised of Balinese, Javanese, Chinese and Sasak and the main religion practised at Denpasar is Hinduism and followed by Islam and Protestantism. The local community here uses the Indonesian language as the first language for communication alongside English as there are numerous visitors from western countries visit Bali. Due to the rapid tourism growth of Bali, Denpasar also receives many visitors throughout the year.

How to Get Cheap Flights to Bali Denpasar?

Traveloka is the best travel internet site for travellers to find the low-priced flights to Bali Denpasar. The simple step needed is to enter the information in the search box, and the application will be recommended the ultimate trip according to your budget. It also compares flight prices given by trusted airlines to help you to get the best deal. To get your preferred price range, you can use Traveloka’s price alert feature to be notified of flights to get the best flight price to Bali Denpasar.

When is the Best Time to Fly to Bali Denpasar?

Bali has a tropical monsoon climate and has high humidity levels. The temperature at Bali Denpasar is rarely below 30 degrees Celsius as the high humidity makes the temperature increases. April and May are the best months to visit Bali because the months are the best weather and also avoiding the worst of the summer crowds. The wet season usually occurs between October and March and this season does not stop visitors from enjoying Bali's colourful and vibrant festival atmosphere.

What are the Top 3 Things to Do in Bali Denpasar?

1. Bajra Sandhi Monument - Constructed in 1981, Bajra Sandhi Monument is located in the middle of the Renon Square and adjacent to the Bali Governor’s office. This monument is officially opened in 2003 and can be easily spotted by visitors as the grand structure resembles a Balinese Hindu priest's praying bell or 'bajra'. This attraction is comprised of three floors. Firstly, the base of this museum displays various historical dioramas of the people's past struggle for Independence. Besides that, the ground level showcases numerous Balinese architectural features whereas visitors can admire historical diagrams of Balinese people on the second floor. The last upper level provides you with soaring views over the green square and Denpasar's cityscape afield.

2. Shark Island - One of the main attractions in Bali is Shark Island. Located nearby Serangan Island, it offers visitors to get up close with over a dozen blacktip reef sharks. Founded by Hawaii-grown surfer Paul Friese, the Bali Sharks project is aimed to educate, spread awareness and better understand the species. The nursery built by Friese can conserve sharks from decreasing and extinct. This project led to more rescues and release. Also, this attraction is suitable for all ages and non-swimmers also can enjoy feeding and the up-close encounters. Visitors are required to bring essential things such as towel, camera, swimsuit and sunscreen.

3. Fingerprint Painting Museum - Also known as 'Museum Lukisan Sidik Jari', this art gallery is the private collection of I Gusti Ngurah Gede Pemecutan, a member of the Denpasar royal family and a noted Indonesian artist. It is located on Jalan Hayam Wuruk, east of Denpasar. This artist is famous for his unique painting technique by applying a variety of colourful dots and strokes on canvas with the aid of only his fingers.

We are partnering with the most reliable payment service providers to make sure every transaction is smooth and worry-free!
Getting To and From the Airport
Finding a ride to or from the airport in Bali / Denpasar can be a challenge. Luckily, now you can book your airport transport in advance with the Traveloka app. Partnering only with trusted transportation providers, we ensure your airport trip to be worry-free. Take a look at our various transport options and find one that best suits your needs.