Enjoy the freedom to customize your trip. Combine any airline with any hotel. 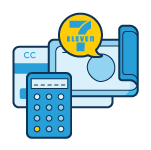 Your Way to Pay

You name it, we’ve got it. Whether it’s cash or cashless, we accept various payment methods to satisfy your purchasing needs. Spending with credit? Go on your dream holiday with our latest 0% installment plan.

Honeymoon Package Only On Traveloka!

Find the best honeymoon package deals with the best price for most popular destinations only on Traveloka app!

How to book Flight + Hotel at Traveloka? 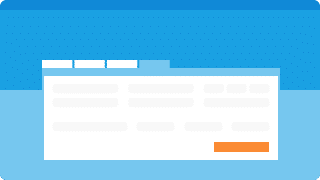 Start your search by entering your destination, travel dates, and duration of stay. 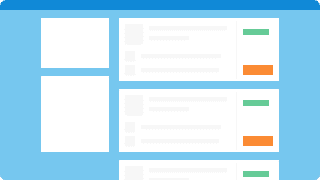 On the search results page, select any Flight + Hotel combination that you like. 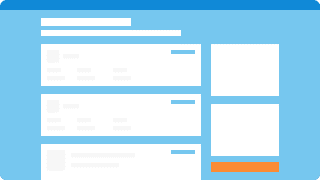 Review your trip summary and click Select to continue. Fill in contact and traveler details, and make sure all details are correct. 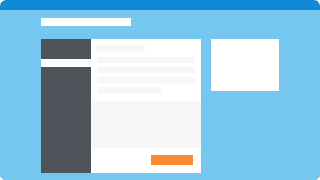 Select your preferred payment method. Once we have received your payment, your e-ticket and voucher will be sent to your email within 60 minutes.

Bangkok is the capital of Thailand. It is very famous and advanced makes it the most populated country of Thailand. Thai residents recognize Bangkok as Krung Thep Maga Nakhon or Krung Thep only. The human population in Bangkok is more than 8 million people or about 12.6% of the country's population, while more than 14 million others or 22.2% live around the Bangkok Metropolitan Area. This situation has reduced the interest of other states in Thailand.

Bangkok dates from the 15th century during the reign of the Ayutthaya Empire. It starts with just barter merchandise. It later developed and became home to two main bands, Thonburi and Rattanakosin. Bangkok is the centre of all modernity in Siam. Siam is Thailand's name before it was changed in the 19th century. Bangkok has continued to grow from 1960 to 1980. This development has contributed significantly to the development of other factors in the country such as politics, economy, education, media and modern communities. Bangkok has become an international hub for transport and health. It has also become a centre for fashion, art and entertainment.

There are many tourist attractions in Bangkok that bring in many tourists to the city of Bangkok. In 2016, MasterCard has recognized Bangkok as a major destination for international travellers with a total of 21 million tourists. Attractions attracting tourists are Royal Palace, temples and museums. Apart from that, Bangkok is also famous for shopping activities for goods at very low prices. In addition, there are many tourists here to enjoy a very good and cheap Thai meal.

Bangkok and other parts of Thailand have tropical climate influenced by the Southeast Asian monsoon system. It has 3 seasons of heat, rain and cold. Most of the time of year, Bangkok is hot with temperatures of 22.0 ° C to 35.4 ° C. Temperatures in Bangkok have reached 40.1 ° C in 2013 and have fallen to 9.9 ° C in 1955. Residents in Bangkok find themselves speaking in their national language, Thai. But since Bangkok is an international hub, English is also widely used here. All the city signs are also written in Thai.

How to Reach Bangkok?

You can reach Bangkok by plane. Airports in Bangkok are Suvarnabhumi International Airport (IATA: BKK). It is located at Racha Thewa in the Bang Phli area of ​​Samut Prakan. It is about 30 km east of the city. The airport replaced Don Mueang Airport in 2006. Now Suvarnabhumi is an airport that allows international flights while Don Mueang Airport reopens in 2007 for some domestic flights.

From the airport, taxis are the easiest way to reach the city. You are advised to use the registered taxi at the airport exit. By taking a taxi from these registered counters, they will calculate fares based on your destination and travellers will not be charged too much. There is a shuttle bus service that takes passengers from the airport to the city. You can buy tickets from the bus counter at the Transport Center. The bus terminal will list the destinations they offer along with stops for each trip. You can recognize these bases based on the numbers indicated on the bus. The bus fares range around 35 baht one way. The shuttle bus service operates 24 hours daily.

Suvarnabhumi Airport is connected to the Rail Commuter called Link Airport Bangkok Airport. Nearby commuter stations are Phaya Tai Station (BTS) and Makkasan Station (Phechaburi MRT). The commuter operates from 6 am to 12 midnight. Trend moves every 10 minutes in peak time and 15 minutes in regular time and on weekends. Ticket prices are between 15 baht and 45 baht.

For those who rent a car to the city of Bangkok, you can go to Bangkok city using several highways such as Bangkok Expressway - Chonburi, Kingkaew Hanging Expressway, Bangna - Trad Highway, Onnuj Street and Jalan Kingkaew. The distance between Suvarnabhumi Airport and Bangkok city is about 25 kilometres.

To move around Bangkok is very easy. There is an efficient public transport network to most of the city's attractions. However, like most other developing cities, the city is experiencing serious traffic congestion on a regular basis throughout the day. In peak times, consider combining different types of public transport methods. Among the frequent use of Tuk Tuk and Metro are trains to Bangkok's major attractions.

Thing to Do in Bangkok?

Bangkok is one of the cities in Southeast Asia that is a tourist destination from around the world. They will either come here to visit this city or even a stop before they go to another destination. Bangkok is known as a shopping paradise; there are plenty of large shopping malls where you can shop as much as you can. It is also known for its very low price. Additionally, the city offers many interesting tourist attractions, whether for stunning architecture, unique cultural art, tantalizing festivals, weekend gateways or historical riches.

This is a must-visit attraction by all travellers who come to Bangkok. Here tourists can see the Buddha statue lying as high as 15 meters and 46 meters long. Her legs only exceed 5 meters. All this is covered with gold leaf. Inside this temple, there are 108 bowls where tourists can buy coins to put in this bowl. Travellers can also get massage sessions here.

Royal Palace is one of Bangkok's most famous attractions. Formerly the palace was the residence of the King of Thailand and also the place where the Thai government carried out their duties. The palace has an area of ​​214,000 square feet. Therefore, visitors who come here can spend a lot of time here.

In line with the image of Bangkok as a shopping paradise, this market is one of the places to be visited when in Bangkok. Here are about 8000 booths covering nearly 27 acres making it one of the largest shopping malls in the world. It is open every Saturday and Sunday and hampers 200,000 tourists come here in one day. There are various types of goods sold here and it is according to local prices.

The Chao Phraya River is the largest river in Bangkok. It is a river that starts from Bangkok and flows to other parts of Thailand. Many residents in Bangkok rely on this river to find their income. Many are working with ferries which travel along this river. Tourists can take the ferry and see the atmosphere of Bangkok from another perspective. Tourists can also go down and take the ferry to any stop along the river.

The National Museum of Bangkok is a museum which has the largest collection of Thai artefacts including art. The museum was opened by King Rama V for displaying all the gifts he received from his father's giving. In addition, there are Chinese weapons, gems, shirts and Khon masks exhibited at this museum. On Thursday, the museum creates tours in English.

What to Eat in Bangkok?

Bangkok is well-known as one of the places where tourists will come to enjoy a variety of tasty and inexpensive delicacies. Travellers can try local food in luxury restaurants, street restaurants or in booths or markets. There are now plenty of cafes open for those who like to take pictures while enjoying a delicious meal.

Tom Yam Goong is a spicy and sour soup and is based on vegetables and seafood or chicken and meat. He is very famous in Thailand. Tom Yam is usually matched with white rice but now this dish is modified where it is fried with rice or eaten with noodles. Many people love this dish because of its level of flavour. This dish is perfect to be enjoyed by the whole family.

Mango paste is Thailand's most famous dessert. Since Thailand is famous for mangoes, they have produced desserts that use this fruit. The mango fruit is matched with steamed glutinous rice. Then the coconut milk will be poured into the glutinous rice and the fruit to make it more appealing.

Green curry is a famous Thai dish. He got his name from the green chillies used to give him the green colour. It is made of coconut milk and green chilli. It is also sweet and not spicy like regular curry. This dish is also commonly eaten together with white rice.

Ratchaburi is about 80 kilometres west of Bangkok. It also borders with Myanmar. The Mae Klong River flows in the middle of the city. The city is famous for its floating market of Damnoen Saduak. Here tourists can ride the boat and sail in the river. When they see something they like, they can stop next to the salesperson and deal with the boat themselves. The city also has many limestone hills where many stalactites and stalagmites are formed there. In the hills, it also has many bats and it is an interesting phenomenon when four bats go out of the hill for food. Tourists can get here by train from Bangkok city directly here.

Ayutthaya is 2 hours from Bangkok by train. It is an ancient city where it houses many fallen temples and a no-head Buddha statue. Travellers can rent bicycles to explore the place. He is famous for the art of temple architects there as well as seeing archaeological sites. Tourists can learn the history of the temple there. Tourists can explore any area in Ayutthaya including the lesser known temple area.

The city of Kanchanaburi is located in the west of Bangkok. It is a destination for those who are looking for tranquillity after spending time in the bustling city of Bangkok. It is a place where three rivers are merged and many boats built along this river. The city also has a fascinating history from the Second World War era. Here lies the deadly train that sacrifices many lives in its manufacturing process. Travellers who want to get here can take a bus or train. I will take 2 to 5 hours to get here. This place is ideal for those looking for a honeymoon spot.

With the flight and hotel ticket package available at Traveloka Malaysia, you can visit Bangkok more easily and cheaper. Choose a variety of tour packages that we offer, and modify as you like to get the combination you want.