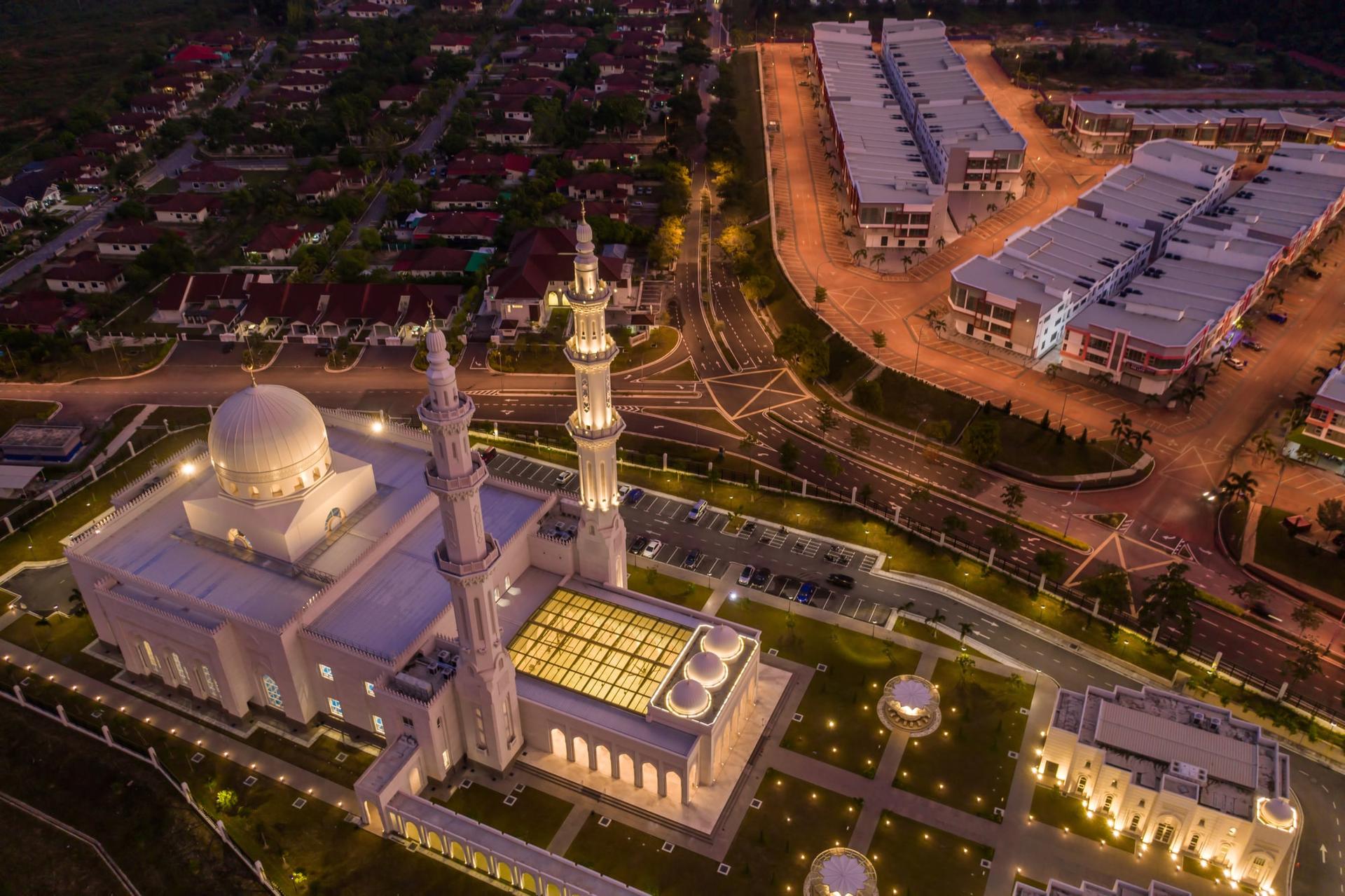 Negeri Sembilan literally means ‘Land of the Nine States’. This is because it really did consist of nine, not states but separate districts under the rule of nine different Malay chieftains which used to make up the state. Over the years, the borders have shifted and the districts are re-organized that today there are 7 districts in Negeri Sembilan, namely Seremban (the capital), Port Dickson, Rembau, Jelebu, Kuala PIlah, Jempol and Tampin.

Negeri Sembilan is greatly influenced by the Minangkabau culture, a community that originated from the West Sumatra and settled in the 15th century. The Minangkabau are famous for their unique and elegant architecture with curving, ornate rooflines whose points are said to resemble buffalo horns and this influence can be seen clearly in Negeri Sembilan up to this very day.

They continued the practice of their rich cultural heritage, which continues on today in the form of the fascinating “Adat Perpatih”, a matrilineal system of rule and inheritance, unique only to Negeri Sembilan. The Minangkalaus and their traditions are indeed to be credited with Negeri Sembilan’s many interesting aspects.

How to go to Negeri Sembilan

KLIA and KLIA 2 is the nearest airport to Negeri Sembilan. Once landed in KL, visitors can either take the cab or the express bus directly to their desired location in Negeri Sembilan.

From KL Sentral, visitors can take the KTM Train to Tampin and Seremban as it is the only train that operates to Negeri Sembilan.

There are numerous express buses commuting daily to the different cities in Negeri Sembilan mainly Seremban. If visitors are travelling from Kuala Lumpur, the journey would take about an hour and a half depending on the traffic.

In the charming town of Sri Menanti, visitors would the Sri Menanti Royal Museum which was built for more than a century ago with only wood. Imagine, no nails, no hammers, no screws, just pure wood, locked in with each other. Incorporating 99 pillars of 65 feet each, the museum is indeed an architectural marvel. Inside, the regalia of the Negeri Sembilan Royal family are stored along with the costumes, weapons, bed chambers and documents on the Royal lineage.

Just 35km away from Port Dickson lies this historical house that contains the tomb of an Islamic priest from Sumatra – Sheikh Ahmad Majnun. That’s not the only thing that attracts visitors, it is said that the stone megaliths around the house possesses a life of its own, as they around as they please as what the locals claim.

Located within the Kenaboi Forest Reserve in Jelebu, Lata Kijang is one of the highest waterfalls in Malaysia. It is accessible only by 4WD vehicles from the Jelebu main road. The journey in to the waterfalls will allow visitors to see “Orang Asli” or Aborigines, their villages and fascinating flora and fauna.

A fishing village was the inspiration for the concept and design of this cozy boutique hotel located in the center of Port Dickson. This is a family oriented accommodation with the nature lover in mind. Guests of Avillion Port Dickson are treated to lavish amenities like king-sized beds, Jacuzzis, and private balconies.

The Grand Lexis Port Dickson is a resort with a tropical Balinese touch that combines elegance and comfort. Nestled in a cozy environment, every room and water chalet is accompanied with balcony and bathtub. Accented with Balinese-inspired tumble stone, tropical hardwood flooring and elevated bedrooms, guests can also enjoy the open concept bathroom with transparent glass panel for underneath seawater viewing.

Nestled calmly in the heart of Seremban, in Negeri Sembilan, Malaysia, Klana Resort is the epitome of a classic business-resort styled hotel amidst a sprawling green landscape, it is the perfect getaway. This four-star resort offers a variety of incredible conveniences for a traveller, be it for business or leisure. WIth amazing facilities like the largest lagoon style swimming pool, extensive ballroom and meeting room and not forgetting the spacious and comfortable rooms with oversized beds, Klana Resort Seremban is the place to be.

Other Popular Hotels in Negeri Sembilan