Lombok is an island located in the province of West Nusa Tenggara of Indonesia, forming part of the chain of Lesser Sunda Islands. It is separated from Bali to the west by Lombok Strait and Sumbawa to the east by Alas Strait. With a total area of 4,514 square kilometres, Lombok’s provincial capital and largest city are Mataram, which can be found at the western side of the island. Furthermore, Mataram is the centre of government, education, commerce, industry and services. All in all, Lombok shares similar cultural heritage and land size to that of Bali, despite being administered in different provinces. As of 2014, Lombok is home to 3.35 million residents.

From the historical standpoint, there is little to know about Lombok prior to the 17th century besides the 1257 Samalas eruption recorded in the Babad Lombok document. It was suggested that local Sasak princes would feud and compete over each other to establish supremacy, in which the lack of unity was taken advantage by the nearby Balinese to seize control of the western part of Lombok in the early 17th century. Around the same time, the eastern part of Lombok was invaded by the Makassarese via their colonies from the neighbouring Sumbawa.

In 1674, the Dutch had visited Lombok while Dutch East Indian Company managed to sign off the first of its treaties with the Sasak Princess of Lombok, in which later invited further Dutch intervention in the state’s affairs. It is via these series of interventions that the whole of Lombok would be annexed to the Netherland East Indies in 1895. This would end during the World War II when the Japanese Invasion Force invaded the Lesser Sunda Islands and ended up occupying the island. After the Japanese surrendered, Dutch forces would regain control of the area temporarily before Indonesia is formed following independence from the Dutch rule. Even so, the Dutch would continue to be remembered in Lombok as its liberators from the hegemony of the Balinese.

Despite various turbulence occurred in its early days being a part of Indonesia, Lombok in the present has seen a renewed surge in its tourism industry. This follows the earlier efforts in the 1980s to bring up the tourism potential in Lombok which has been quite stunted because of the political and economic crises in the late 1990s. In comparison to its neighbour in Bali, Lombok is still relatively untouched with much lesser development, resulting in Lombok being dubbed as the “unspoiled Bali”. With the multitude of beautiful beaches, enchanting waterfalls as well as the large, looming volcano of Mount Rinjani, all these majestic natural assets of Lombok certainly poises it as a paradisiacal tropical island that would attract tourists who preferred the kind of vacation or honeymoon with a little bit more of a privacy than that can be offered of Bali.

As for the climate, Lombok has a tropical, hot and humid atmosphere and is slightly drier than Bali. As such, it is the alternative destination during rainy seasons from the months of October to April. Nonetheless, Lombok would observe its highest amount of tourists from May to August. Like any other provinces in Indonesia, the Indonesian language would retain its prominence as the national language, yet native Sasak people would mostly speak Sasak locally or English in order to cater to the tourism sector.

How to Reach Lombok?

It is possible for you to reach Lombok by plane. Lombok International Airport (IATA: LOP) is at the central south of Lombok and is about 40 kilometres south of the capital, Mataram. It is the only operational airport in the island, replacing Selaparang Airport in Ampenan in which the expansion efforts got halted due to the proximity to the hilly areas. It has the second largest area after Soekarno-Hatta International Airport.

From the airport, there are DAMRI public bus services providing access to the cities of Mataram and Senggigi with ticket counters being easily found near the main terminal roadway. In addition to that, there are also Bluebird and Express Taksi services as well as airport taxis providing end-to-end access to various destinations around the province. Be vigilant not to encounter taxi touts and scammers and note that airport parking fee would be charged upon customer request the taxi to enter the airport. Besides, it is also possible to get into Lombok via boats and ferries from the nearby island of Bali.

Getting around Lombok is such a breeze, with a handful of transportation options to go around. While the train services are not available here, there are demons which are converted passenger-carrying minivans and ojek which is a motorbike taxi service. Again, taxi and boat are feasible for a commute around the island too, as well as horse-pulled carts. Last but not least, you can opt to rent a car, motorcycle or bike if you prefer to go around the island on your own.

Things to Do in Lombok?

With the government of Indonesia actively promoting Lombok and Sumbawa as the next best travel destination after Bali, Lombok is quickly picking up and becoming one of the most travelled places in the country, surpassing pre-2000 levels of the number of tourists visiting the island. The natural environment becomes a major point of attraction of Lombok with its allure of untouched human intervention. As such, a handful of attractions around the island are consisting of natural attractions with infrastructures being added and improved from time to time.

Gili Trawangan is the most developed island among the three Gili islands and also the biggest. Nonetheless do not expect it to be as developed as Bali, as it still lacks proper roads with old-fashioned horse carts to go around. Despite that, there are a handful of beach bars here as well as a range of venues allowing one to party until late at night. These bars would come complete with dance floors and live music too. During the day, it would offer pristine white beaches and clear water that are ideal for snorkelling and diving.

One of the major attractions in the island, it certainly feels incomplete to come over to Lombok without even trying to go to Mount Rinjani. For many, it is the main reason for their presence in Lombok, with some saying hiking to the top is one of the best experience one would expect when coming to Indonesia. With an elevation of 3,726 meters, it is the second highest volcano in the country after Mount Kerinci. There is also Air Kalak Hot Springs at the nearby Lake Segara Anak which is interesting to drop by.

The second biggest of the Gili islands after the Gili Trawangan, it offers a serene atmosphere that allows for some privacy and peace of mind. That aside, the waters here too offers some of the best diving sites around the country, as the visibility is really clear, allowing views of coral gardens with turtles and rays swimming around.

What to Eat in Lombok?

While Lombok is known for its natural attractions, the dishes here too is something to look forward to having, with some of the best local dishes around that one should look forward to enjoying when coming to Lombok.

If there is one dish that truly makes the cut as the Lombok speciality, it has to be the plecing kangkung, a kind of spicy water spinach salad with a chilli and shrimp paste dressing, grated coconut, garlic, deep-fried peanuts, and lime juice. An absolute recommendation for all vegetable and seafood lovers, it has this distinctive limp look yet has a crunchy texture.

Ayam Taliwang is another Indonesian dish with a local twist; being a typical Indonesian grilled chicken with the chickens being carefully selected and breed by the locals as the village chicken, a local’s version of the free-range chicken which is smaller, juicier and much more organic. There are also other outlets around that offers a version with fried chicken too. It is best enjoyed while hot with a unique ‘taliwang’ sauce made of shrimp paste, garlic, lime juice, chillies, salt, and candlenuts.

Go a bit further to the north and one shall find yet another famous attraction in Lombok, namely Senggigi. Many hotels are located here and the beaches here are just as beautiful as Bali was 20 years ago. It is also a popular surf spot with locals and tourists alike going for it at Senggigi Beach.

If the climbing way to the top of Mount Rinjani sounds too challenging and does not fancy you yet you still have that itchy feeling to go for a hike, Bukit Pergasingan may be a good alternative. With an elevation at 1,700 above the sea level, Bukit Pergasingan can be found at the eastern part of the island, with a chance to go journey through the unique natural landscape of East Lombok around Sembalun Valley. In addition to that, this hill is also perfect for other extreme sports such as paragliding, mountain bike and many more.

With the flight and ticket package available at Traveloka Malaysia, you can visit Lombok more easily and cheaper. Choose a variety of tour packages that we offer, and modify as you like to get the combination you want. 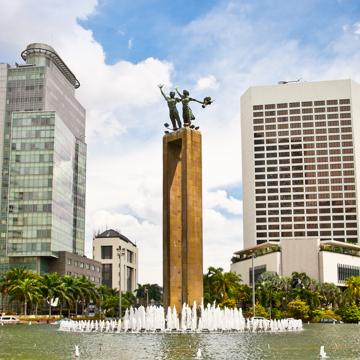 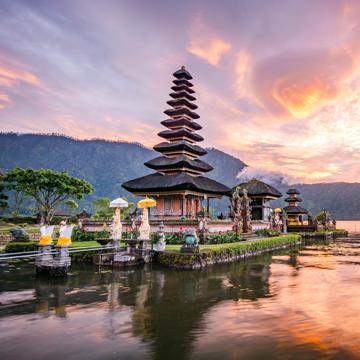 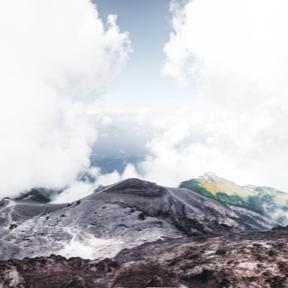