Kuching or even known as the City of Kuching is the state capital of Sarawak located in East Malaysia. It is also the seat of government for the division of Kuching. From Kuala Lumpur, flights will take only 2 hours. Kuching City is located near the Sarawak River at the Western end of Sarawak at Borneo Island. It covers an area of ​​431 square kilometres with a total population of 165,642 in the area of ​​North Kuching and 159,490 in the area of ​​South Kuching. If combined, the total population of Kuching is 325,132 people.

Kuching was the third central government of Sarawak in 1827 during the reign of the Brunei Empire. In 1841, Kuching became the main seat of Sarawak government after it was handed over to James Brooke to help the Brunei government to end the rebellion. The city continues to gain attention and development during the reign of Charles Brooke such as the development of sanitation systems, hospitals, prisons, Fort Margherita and bazaars. In 1941, the Centennial Celebration was celebrated in Kuching during the Brooke rule. During World War II, Kuching was occupied by Japanese troops from 1942 to 1945. Japan set up a Batu Lintang camp near Kuching to detain and torture prisoners of war. After the war ended, the city of Kuching was still standing. However, the Rajah of Sarawak, Sir Charles Vyner Brooke decided to surrender Sarawak as a part of the British Crown rule in 1946. Kuching remained the capital of the state during the reign of the British Crown. After the formation of Malaysia in 1963, Kuching was also maintained as the capital and gained status in 1988. Since then, Kuching has been divided into two administrative territories regulated by two different urban rulers. The central government of Sarawak is located at Wisma Bapa Malaysia, Kuching.

Kuching is the main attraction for tourists who want to travel to Sarawak. It is the main gateway for travellers who want to visit Sarawak and Kalimantan. Kuching Wetlands National Park is about 30 kilometres from the city centre and there are many attractions in it. Among other attractions in Kuching are Taman Negara Bako, Pusat Hidupan Liar Semenggoh, Dewan Undangan Negeri Sarawak, Fort Margherita, Muzium Kuching and Muzium Sarawak. Kuching City has become one of the major industrial and commercial centres in East Malaysia.

How to Reach Kuching?

Kuching International Airport is the busiest airport in Sarawak. There is almost every hour flights to the capital, Kuala Lumpur by AirAsia, Malaysia Airlines and Malindo Air flights. AirAsia and Malaysia Airlines also fly from Kuching to several other major cities in Malaysia, including Kota Bharu, Kota Kinabalu and Penang. Malaysia Airlines regional subsidiary, MASWings, connects Kuching with other cities in Sarawak such as Bintulu, Miri and Sibu.

When you arrive at Kuching International Airport, you can go to Kuching by taxi or bus from the airport. Travelling from Kuching International Airport to Kuching city centre is about 20 minutes away. Make sure you purchase a taxi coupon with a fixed fare of RM 26 outside the arrival area. This pre-paid payment can take you directly to the hotel or any of your destinations in Kuching city.

Additionally, you can also take private vehicles to Kuching city for around RM 20 or take a minibus at RM 7.99 for Tune Hotel guests while RM 10 for other passengers. It must be booked at least one day in advance from 8.30 am until night. Like most cities in Malaysia, you can also use taxi apps to get cheaper rates. There is free Wi-Fi at the airport which can be used to use applications such as Grab. Travelling from the airport to the city centre is only RM 9-RM 23 depending on the traffic situation at that time.

Things to Do in Kuching?

Kuching is a paradise for travellers. It is one of the major tourist destinations in Sarawak. In Kuching, you can enjoy a variety of activities. Among them, visit museums, sightseeing in Kuching and enjoy the beauty of nature. Kuching is a sunset place, which is often regarded as one of the most memorable places. Take your pictures, and enjoy the sunset from the Waterfront, Santubong Peninsula or Bako Peninsular.

Bako National Park is a national park located in Kuching, Sarawak. It was established in 1957. It is the oldest national park in Sarawak. It covers an area of ​​27.27 square kilometres at the tip of Muara Tebas peninsula on Sungai Bako and Kuching. Due to the millions of years of sandstone erosion, it has created a coastline with steep cliffs, lakes and sand. You can go here to relax with family or honeymoon and enjoy the beauty of nature that is offered in Kuching, Sarawak.

Fort Margherita is an old fort built in 1889 by Charles Brooke, Rajah Sarawak at that time in Kuching. The fort is an important landmark and historical monument of Sarawak. This fort was built resembling an English castle built to protect Kuching from pirate attacks. Fort Margherita serves as the Police Museum from 1971 before being handed over to Sarawak state government and is now a tourist attraction in Kuching. Fort Margherita is now the home of the Brooke Gallery museum which showcases the history of Sarawak during Brooke's reign.

The Sarawak Cultural Village is 17 hectares and is adjacent to the nearby hotel in the surrounding. There are replicas of buildings representing major ethnic groups in Sarawak such as Bidayuh longhouse, Iban, Orang Ulu. Not only that, there are Penan forest settlements, Melanau highlands and Malay townhouses. All the buildings here are handled by members of various ethnic groups who wear their own traditional costumes. After seeing the villages there, you can enjoy dance by various cultures in the village theatre. Not only that, you can also enjoy food at the restaurant there. Handicraft shops are also there.

The Sarawak State Museum is the oldest museum in Borneo. It was built in 1888 and opened in 1891. The second Sarawak Rajah, Charles Brooke instructed the establishment of the museum. You can visit here with your family to learn more about Sarawak. The museum is located in Kuching's Cultural Park.

What to Eat in Kuching?

Mee Kolok is a kind of noodle dish commonly found in Sarawak. It is served throughout your day for breakfast, lunch or dinner. The noodles are made of eggs and dipped in water. It is served with a light sauce with some flavours. It is also served with several pieces of chicken or meat.

Umai is a popular fish salad among various ethnic groups of Sarawak especially Melanau ethnicity. Umai is a traditional dish for Melanau fishermen. The main species of fish used to make umai are mackerel, bawal hitam and umpirang. The way to prepare is to use thin slices of raw fish, sliced ​​garlic, chilli, salt and just sour fruits such as lime or acid.

You can visit Mount Gading to see the world's largest flower Rafflesia which can grow up to 1 meter in diameter. When this flower blooms, it releases an unpleasant odour and attracts flies and other insects. This Rafflesia flower does not have a season, however, in the rainy season, this flower blooms more often. It takes about 9 months to mature but only lasts for 4 or 5 days before death. You can visit here with your family to see the largest flowers in the world.

Jong's Crocodile Farm is located 30 km from Kuching city. You can come here for your weekend getaway. The best time to visit here is to feed the crocodile there. It is open daily from 9 am to 5 pm. On Sunday, it opens at 10 am. The entry cost here is RM 16 for an adult while RM 8 for children under 12 years old. To visit here, you can take bus number 3A at. The ride will take 1 hour.

With the flight and hotel ticket package available at Traveloka Malaysia, you can visit Kuching more easily and cheaper. Choose a variety of tour packages that we offer, and modify as you like to get the combination you want. 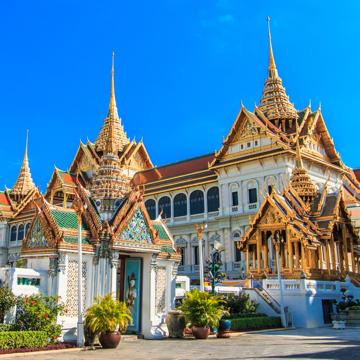 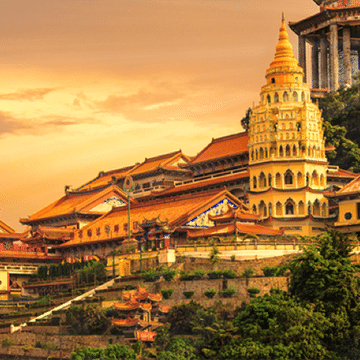