Looking through its history, state-owned water utility company has existed since the Dutch colonial era; to be exact, from the year 1920. It was originally known as Gemeentestraat-waterleidingen van Batavia. The establishment of the water company was based on the discovery of water springs of Ciburial in Ciomas, Bogor. By 23 December 1922, water from Ciburial was diverted and directed to Batavia (now Jakarta). The date was established as PAM Jaya day.

PDAM, as the main water utility company in Indonesia, has three missions: to provide clean drinking water at an affordable price, to achieve balance while prioritizing customer needs, and to increase the efficiency and service of water supply coverage in all regions of Indonesia.

To date, there are 391 PDAM sites operating in 33 provinces. The government of Indonesia has created a target to achieve full coverage of Indonesia by 2019. One of PDAM’s best achievements (based on the survey done in 2017) was the PDAM office in the Buleleng municipality in Bali. All PDAM offices in Indonesia are headquartered at PT PAM Jaya, on Jalan Penjernihan II – Pejompongan, Central Jakarta.

Keep track of your bills and utilities in one place

Save your bill accounts on My Bills now and enjoy hassle-free payment and purchase later.
Check it out

Find all information about PDAM at Traveloka.

What’s in it for you? 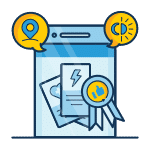 Our technology just keeps getting better. Now you can finish transactions from anywhere in the world, anytime you like. Paying bills is now as easy as A-B-C!

All in One Place

Look no further than Traveloka Bill Payment to give you peace of mind. Stay on top of your daily necessities and find everything you need in one place. 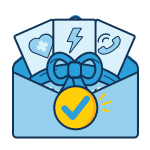 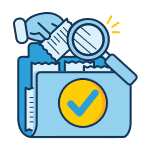 Retrieve and view past transactions to help you keep track of your bill payments. All booking history will be recorded in the app and in the form of receipts.

Check Your PDAM Bill on Traveloka

Today, customers are able to use Traveloka to check the water bill from PDAM. Follow these following steps to check your bill:

This feature is not only available through the Traveloka website but also on the latest version of Traveloka App. Using the same method as the one on the desktop website, find the menu to pay your water bill underneath your travelokaPay account.

Pay Your PDAM Bills on Traveloka

Once you have determined the amount of your PDAM bill, you can directly proceed to payment, using both Traveloka desktop website and Traveloka mobile app. In the confirmation page on the bill, click “Continue”. Either method, the Traveloka website or the Traveloka App, will direct you to the payment page. As of now, Traveloka provides eight payment methods:

Once you click “Continue”, choose the most convenient payment method for you and your payment will be processed within the time limit given by Traveloka. When you’ve finished your payment, please wait for Traveloka to verify it and a transaction notification to be sent to your Traveloka account.

For every PDAM bill payment, Traveloka will charge an administration fee of IDR1,500 per transaction. Customer should also note that, payment cannot be processed between the hours of 23:00 and 00:59.

Water is one of the basic human needs. The availability of clean water is considered limited, thus there is a need for water utility companies to ensure enough water supply. The distribution of drinking water in each region is managed by PDAM and users are charged with a water fee/bill for their monthly usage.

Considering the amount needed to pay for the operation, we need to always remember to save water. Below are a few tips to save water from PDAM that you might find useful: