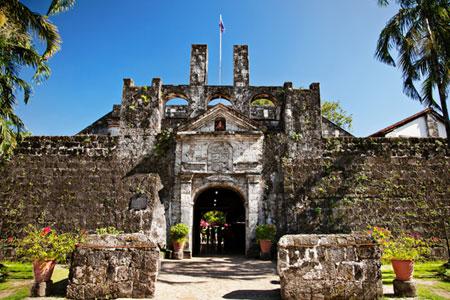 The Philippines is one of the famous holiday destinations among the tourist. One of the most popular tourist destinations in the Philippines is Cebu. Cebu is located in the Central Visayas, Philippines. Cebu is the oldest city in the Philippines and used to be the capital of the Philippines. It is now the capital city of the main island as well as 167 surrounding islands and islets around it. The city is also known as "Queen of the South" due to its location. The Cebu Metropolitan Area is made up of 7 neighboring towns as well as six municipalities. Despite being an island, Cebu is the most developed province in the Philippines. The city now is the global hub for business, tourism, shipping and also furniture making industry. Cebu might be in the Philippines. However, they do not speak Tagalog. They speak the Cebuano language. The people of this island mostly are Roman Catholics. In addition, Cebu city also transformed after a decade into a global hub for business processing services, tourism, shipping, furniture-making and heavy industry. Plus, it also acts as a primary center of commerce, trade, education and industry in the Visayas.

How to Get Cheap Flights to Cebu

Traveloka is a travel search engine that makes it easy for travelers to find the cheapest flights to Cebu.All you need to do is key in the information in the search box, and the application will recommend the best trip according to your budget. It compares flight prices across some trusted airlines to help you to get the best possible deal. Use Traveloka’s price alert feature to be notified of flights in your desired price range to get the best flight price to Cebu.

Best time to fly to Cebu

The climate in Cebu is tropical year-round with an average temperature of 29-35 degrees Celsius. Cebu or Philippines has only two seasons which is wet and dry seasons where rainfall can be heavy during the wet or monsoon season and humidity during the hotter months can be high. The best time to visit Cebu would be between December to February when the weather is warmer with occasional showers. During this season, the sun shines bright resulting clear skies with the winds blow gently suitable for outdoor activities. The off-peak season is between July to September where the climate during that season is unpredictable and typhoons can sometimes occur anytime. It is advisable for visitors to check the weather reports before going to this town. During this season you will find better flight tickets and hotel deals.

What are the Top 3 Things to Do in Cebu

1. Inambakan Falls – Inambakan Falls is known for having a beautiful 100-ft waterfall that plunges into a wide pool of blue water. Surrounded by lush jungle greenery, it is indeed a fantastic scene. However, what makes Inambakan Falls such a memorable adventure is the multi-level trek to different pools and waterfalls. The main waterfall is a 100 feet flow of water, which crashes down into the blue pool of water. There are limestone cliffs behind the waterfall which has been around a hundred years.

2. Kabutongan Falls – Kabutongan Falls trek is one of the most magical adventures on the island of Cebu. The trail follows the blue waters of a narrow stream up the canyon until you reach Kabutongan Waterfall. It consumes only 30-minutes and there are a few sections that require rope and has been installed for safety and precautions. Despite just being a 30-minute trail, you do feel genuinely immersed in the jungle as you make your way up and over boulders and through the vines. The trail crisscrosses the river and includes bouldering and some intermediate difficulty sections. Visitors are required to be careful of the slippery rocks and hold on to the ropes provided.

3. Fort San Pedro - The name of the fort came from the flagship of Miguel Lopez de Legazpi, the "San Pedro." Fort San Pedro is known as the oldest and smallest fort in the country and is one of Cebu’s historical attractions. It was built to serve as a military defense structure against Muslim raiders and pirates. It features a triangular shape with two sides facing the sea and one side facing the city. Currently, the fort is considered as a historical park and is under the protection of the City of Cebu.

We are partnering with the most reliable payment service providers to make sure every transaction is smooth and worry-free!
Getting To and From the Airport
Finding a ride to or from the airport in Cebu can be a challenge. Luckily, now you can book your airport transport in advance with the Traveloka app. Partnering only with trusted transportation providers, we ensure your airport trip to be worry-free. Take a look at our various transport options and find one that best suits your needs.