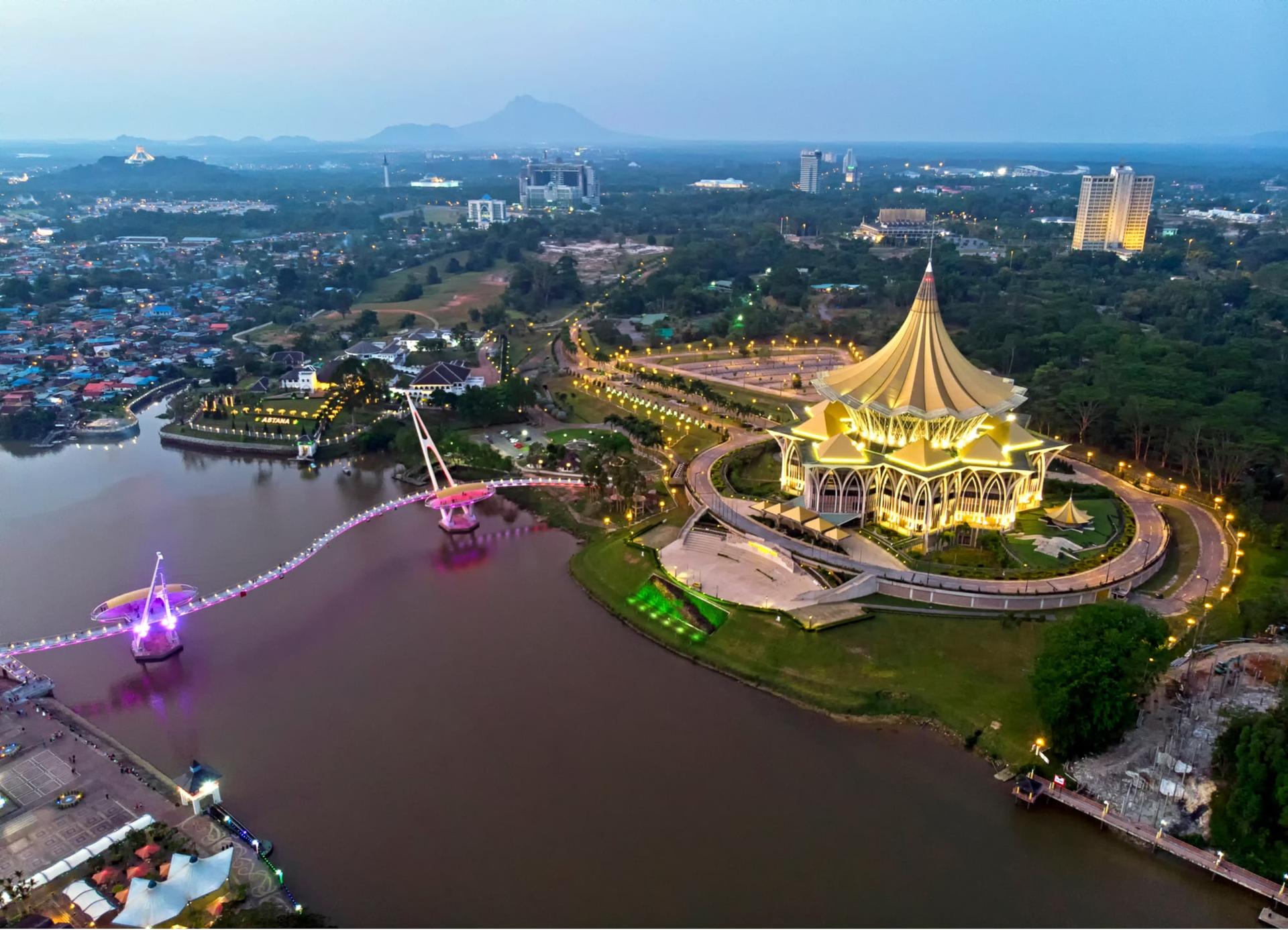 Pay upon Check-in
Limbang is a small little town located in Sarawak, East Malaysia. It is located on the banks of the Limbang River between the two halves of Brunei. Some of the best things that can be done in Limbang includes visiting Tasik Bukit Mas Limbang, Penawan Waterfalls Eco Park Limbang, Paya Maga Highlands Limbang and Meritam Volcanic Mud Limbang. End your day at some of the best hotels in Limbang.

Other Accommodations in Limbang

Other star hotels in Limbang

Other hotels in Limbang

0.0
Acceptable
0 reviews from hotels in Limbang with aggregated rating of 0.0/10.
Review from various users that have stayed in Limbang will help you to choose the perfext hotel easily!

Muhammad F. I. G.
This is a private profile
Purnama Hotel Limbang

6.2
/ 10
4 Apr 2021
Room did not clean up properly where there are trash under the bed. Shower tap broken where you cannot control the water coming from the lower tap or the shower tap and water pressure are not stable. Room phone broken. Restaurant with a lot of menu out of stock. Overall, not really to the hotel standard.

Most commonly asked questions in Limbang

Where are the best cities to visit in Limbang?

What are the best hotels and most popular in Limbang?

How many hotels are listed in Limbang?

Currently, there are around 2 hotels that you can book in Limbang

Limbang is a border town and the capital of Limbang District in the Limbang Division of northern Sarawak on the island of Borneo. The division has an area of 3,978.1 square kilometres and located on the banks of the Limbang River between the two halves of Brunei. Limbang is the most culturally diverse and distinct part of Sarawak which includie Malay, Kedayan, Chinese, Iban and various Orang Ulu ethnic groups such as Lun Bawang, Bisaya, Murut, Kelabit and Penan.

The Limbang District was originally part of the Sultanate of Brunei following the founding of the Bruneian Empire and remained so until the reign of Sultan Hashim. However, it was only after the signing of the Treaty of Protection of 1888 that Brunei lost control over the territory. This treaty eventually did not save Brunei from foreign intervention because the British did not prevent Charles Brooke from seizing Limbang in 1890.

Limbang is served by the Limbang Airport. From Kuala Lumpur International Airport, the flights connecting to Limbang Airport are Malaysia Airlines and Air Asia. It usually takes around 4 hours to Limbang.

Other than that, you can also reach Limbang by 30-minute speedboat ride or at least a two-hour drive to Bandar Seri Begawan, the capital of Brunei.

The wooden Limbang Museum is situated 200 metres upriver of the Limbang River and has a wide collection of archaeological finds and ethnic artifacts. This museum building was an old fort which was built in 1897 and the original building was burnt down in 1989 and was rebuilt on the exact site maintaining the original design and architecture. This museum displays the history and culture of the people in this region such as bamboo band, salt making, beadwork, bark cloth, brassware, basketry and many more. It opens from 10 am to 4 pm on weekends and 9 am to 4.45pm from Tuesday to Friday and closed only on Monday.

Limpaki wetland is a mangrove forest inhabited with proboscis monkey, snakes, crocodile, amphibian, owl, and firefly as well as with fish, prawn, crab and clam. It also has many species of mangrove plants and one of the best ways to enjoy the Limpaki mangrove forest is by using canoe. Beside wildlife watching in Limpaki, visitor can also experience other tour activities such as visits to longhouse, fishing, crab catching and river cruising activities which runs daily which takes from a half day to a whole day trip.

Hotel Purnama is a 5-minute drive from Limbang Museum and Gold Hill Lake Park as well as Tamu Local Market is only 10-minute walk away. Purnama Hotel is directly connected to Limbang Plaza Shopping Mall and offers a 24-hour front desk and free Wi-Fi in public areas. It also features a Halal-certified restaurant and each room faces Limbang Town or the mosque. It offers air conditioner facility, a satellite TV and an electric kettle as well as en suite bathrooms include free toiletries. Besides that, safety deposit boxes are also available at the front desk and fax and photocopying services. There are selections of local and international dishes are also served in Kuali Coffeehouse here at Purnama hotel.

Other Popular Hotels in Limbang